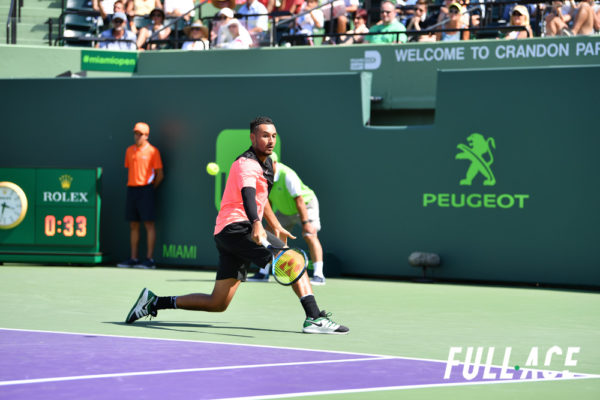 Australian Nick Kyrgios has become the latest tennis player to withdraw from the US Open due to the coronavirus pandemic.

The 25-year-old, who has been critical of fellow players for flouting lockdown rules, announced his withdrawal on social media.

Competition is due to take place from August 31 to September 13.

“I will not be playing this year at the US Open,” Kyrgios said.

“It hurts me at my core not to be out there competing in one of the sport’s greatest arenas, Arthur Ashe Stadium.

“But I’m sitting out for the people, for my Aussies, for the hundreds and thousands of Americans that have lost their lives, for all of you.

During the video, Kyrgios said he had no problem with the US Open taking place, but called on tennis players to work together throughout the pandemic.

He referenced Novak Djokovic’s ill-fated Adria Tour, which was scheduled to take place in four nations in the Balkans in June.

After a leg in Belgrade, Djokovic and other professionals were filmed dancing in a nightclub in the Serbian capital without any social distancing.

New York City has been one of the cities hit worst during the coronavirus pandemic.