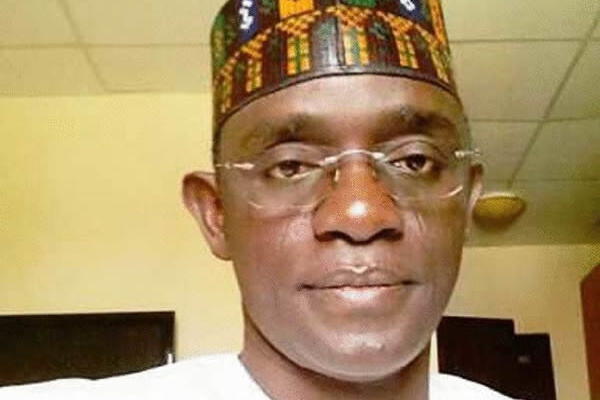 Governor Abdullahi Sani Bello-led Caretaker Extraordinary Convention Planning Committee (CECPC) has made a U-Turn moments after a leaked letter from the Independent National Electoral Commission subtly rejected the invitation to the emergency meeting of the National Executive Committee (NEC) of the party.

CECPC Spokesman, Ismaeel Ahmed, tactically pronounced the reversal while addressing the media at the Buhari House – National Secretariat of the party Friday in Abuja.

Ahmed said, “Somebody asked, what is the position of Governor Mai Mala Buni in the party? I think it’s pretty simple. I don’t know why this is a complicated process for a lot of people not to understand. Since the inception of this CECPC on June 25, 2020, whenever the chairman is not around and Governor Sani Bello is around, he acts on behalf of all as the Chairman.

“It has always been the case that has never changed. It has always been the case. Now, we have a Convention on March 26. The chairman wrote a letter and transmitted power to Governor Bello to enable him go for medical treatment. Those are two emergencies. He has a medical emergency that cannot wait for Convention. We have a Convention that cannot wait for him to be healthy.

“On the issue of Senator John James Akpanudodehe, what is the position because I spelt others out the other members of the committee, but I didn’t say anything about other people as well, we just talked about members of the committee. I didn’t talk about their positions, whether secretary or chairman, since they have their responsibilities spelt out for them.

“The other members are the ones told to come back to handle specific departments and that is what we are doing. At the full course of time, once all these are over, I will be able to brief you. But for now, these are the responsibilities of every member.

“As part of efforts towards the hitch-free conduct of the March 26th National Convention of the All Progressives Congress (APC), the Caretaker/Extraordinary Convention Planning Committee (CECPC) stepped up preparations this week.

“Convened a meeting chaired by the Acting Chairman and Governor of Niger State, H.E. Abubakar Sani Bello, where strategies were adopted to fast-track the process towards conducting a National Convention; 35 State chairmen of the APC and that of the FCT were sworn-in and mandated to work towards ensuring unity and harmony in their states. They were also charged to mobilise the members and the people to enable the party win future elections;

“Assigned schedules of specific responsibilities to each members of the Caretaker Committee aligned to the existing Directorates at the Party’s headquarters. The purpose is to ensure speedy execution of the various activities leading to the National Convention on March 26, 2022. The exercise has the additional benefit of ensuring synergy between the leadership of the party and the Directorates.

“Deliberated on and disagreed with the Federal High Court in its judgement on the status of the Governor of Ebonyi state over his sound decision to leave the PDP and join the APC along with the majority of members of the State House Assembly; CECPC regards the judgement as a travesty of justice and stand with the Governor and Ebonyi state legislators on appealing to a higher court;

“Streamlined and expanded the leadership of the various sub committees for the conduct of National Convention by bringing in more Governors and Ministers of the Federal Republic to spearhead the process. This has obviously fostered and deepened sense of belonging, inclusiveness and reflect the mosaic nature of the membership of the party;

“Reviewed and strengthened the membership of the National Convention Subcommittees by making them compact and lighter. The subcommittees earlier composed were unnecessarily unwieldy and comprised excessive number of members, a situation that can reduce their efficiency;

“The CECPC committee chaired by His Excellency the Governor of Niger State has issued a notice for a meeting of the National Executive Committee of the party on March 17, 2022. As usual, a number of important issues will be discussed at the meeting.”

Recall that Bello-led CECPC had on Wednesday, March 8 written to the INEC inviting it to the emergency NEC meeting of the party.

The INEC in its reply stated clearly that the fact that the notice for the meeting was not signed by the National Chairman and National Secretary of the CECPC runs contrary to the provision of the Article 1.1.3 of the Commission’s Regulations and Guidelines for Political Party Operations (2014).

Meanwhile, CECPC has re-affirmed that the previously scheduled Zonal Congresses will now be part of the National Convention.

Ahmed who disclosed this while responding to questions from journalists assured that the March 26th National Convention was on course and sacrosanct.