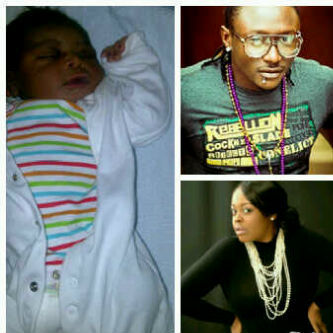 Popular dancehall singer, Terry G, is now a happy and proud father.
The Idoma, Benue State music artiste welcomed the child in the United Kingdom from his UK-based girlfriend, Mimi Omoregbe.
According to what The Eagle Online gathered, Mimi was delivered of the child last week Thursday night in a UK hospital.
There have been conflicting reports on the true state of the ‘Ginger the swagger’ master with Mimi.
While some reports say Terry G and Mimi have secretly performed their traditional marriage, other reports have denied such happening between them.