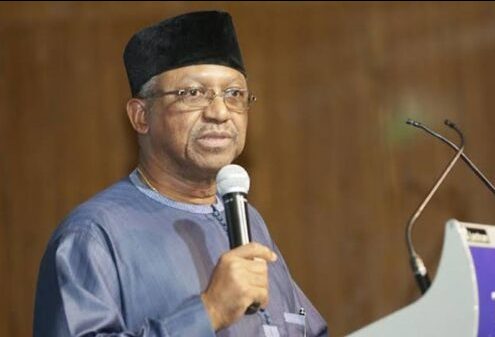 A lady from Benue State whose COVID-19 status has resulted in a dispute, Susan Idoko-Okpe, has agreed to another test.

Idoko-Okpe, who has been held in confinement after she was declared COVID-19 positive by the Benue State Governor, Samuel Ortom, disputed the result of the initial test because of the name and date on it.

That was because she was not yet in Nigeria as at the date on the result of the test.

Following the refusal of the UK-based woman who only came for her mother’s burial, she has been held in confinement.

But on Friday, the Minister of Health, Dr. Osagie Ehanire, said the ministry was able to persuade Idoko-Okpe, now popularly known as the Benue Lady, to allow a test sample to be taken to the laboratory for testing on Thursday.

Ehanire said the result was being awaited and would be given to her in person.

“Please note that while some patients may disclose their result by themselves, the FMoH cannot do so, except with the permission of the person concerned,” he said.