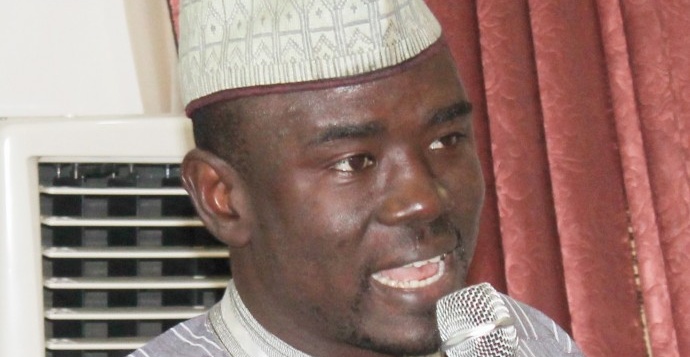 Share
Facebook Twitter LinkedIn Pinterest Email
A former Chief Information Officer with the Federal Ministry of Information, Yushau Shuaib, has asked the National Industrial Court to commit the Minister of Information and Culture, Alhaji Lai Mohammed, to jail for allegedly refusing to comply with the judgment of the court.
Yushau, who was a former spokesperson of the National Emergency Management Agency, asked the court to jail the minister along with Chairman of the Federal Civil Service Commission and their Permanent Secretaries for their joint refusal to comply with the judgment of the court delivered on November 22, 2017.
Justice David Isele of the National Industrial Court had last year ordered the immediate reinstatement of Shuaib back into the public service four years after he was forcefully retired in 2013 for writing an opinion article on former Finance Minister, Dr. Ngozi Okonjo-Iweala, over lopsided appointments in the public service.
The judge had specifically ordered the Federal Government to compute and pay within 30 days all Shuaib’s salaries, allowances and other emoluments due to him from July 2013 to the judgment date and interest at the prevailing commercial bank’s rate on his total package.
In addition, the court directed that Shuaib should be placed at the appropriate position he ought to be in the service.
However, since the verdict was handed down, the minister and other respondents have refused, neglected, omitted and failed to carry out the orders of the court.
In a 34-page motion on notice filed at the court against the minister and other respondents to enforce the execution of the judgment, the plaintiff claimed that several letters dated December 4, 2017; December 14, 2017; and April 9, 2018, were written to the respondents on the need to obey and execute court judgment but to no avail.
The fresh motion filed by his counsel, an Abuja-based lawyer, James Ode Abah, of Bonafide Legal Chambers, prayed for an order for the enforcement of the judgment.
The suit also prayed the court for an order that all the salaries, allowances and emoluments due to the plaintiff be ordered to be paid to him forthwith along with interest at the prevailing commercial bank interest.
In an 18-paragraph affidavit in support of the motion, Shuaib claimed that there had been no court order that stayed execution of the judgment he secured in 2017, hence the refusal of the judgment by Mohammed and others to obey the orders was unfair labour practice and contrary to international best practices in labour employment and industrial relation matters.
The affidavit, personally deposed to by the judgment creditor, averred that the court has the power to enforce its own judgment and commit to prison any person or organization who commits acts which in the opinion of the court constitutes contempt of court.
Meanwhile, no date has yet been fixed for the hearing of the motion which has been filed.
Shuaib was offered automatic employment by Delta State and Federal Government after winning State and Presidential Awards of the National Youths Service Corps scheme in 1993.
He had served at various organizations as Public Relations Officer and Spokesperson, including Delta State Government House, Asaba; Federal Ministry of Information; Ministry of Finance; Ministry of Health; National Assembly; Revenue Mobilization Allocation and Fiscal Commission; National Press Centre; and National Emergency Management Agency before the compulsory retirement.
Alhaji Lai Mohammed Chief Information Officer Dr. Ngozi Okonjo-Iweala Federal Civil Service Commission Federal Ministry of Information Justice David Isele National Industrial Court Yushau Shuaib
Share. Facebook Twitter Pinterest LinkedIn Tumblr Email