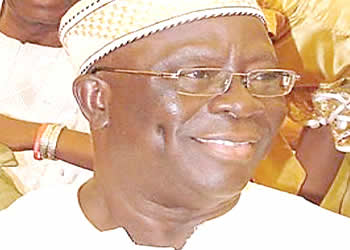 Delegates to the National Conference on Thursday in Abuja rejected that their lunch be monetised and the money paid to each of them.
Some of the delegates had complained over the quality and the inability of some of them getting lunch during break.
Shortly before adjourning for lunch, a delegate representing the Association of Retired Police Officers of Nigeria, J.I. Ebinum, moved a motion for the lunch to be monetised.
Ebinum’s motion was not seconded.
At the resumed plenary after lunch, Dan Nwanyanwu, representing Labour Party, drew the attention of the Deputy Chairman of the conference, Prof. Bolaji Akinyemi, to the lunch issue.
Nwanyanwu cautioned delegates to be careful of how they clamour for the monetisation of their privileges to avoid members of the public reading negative meanings into it.
Similarly, Musa Elayo, representing the House of Representatives Forum, cautioned delegates to be careful of discussing sensitive issues on the floor of the conference.
Elayo said that the media would capture such issue and make it available to members of the public.
He, therefore, suggested an executive session at the conference to afford delegates the opportunity to discuss sensitive issues.
However, Akinyemi said that the attention of the leadership had been drawn to the issue but that the secretariat was addressing it.
Chief Josephine Anenih, representing the elder statesmen, said shortly before the adjournment of plenary that provision was made for 500 delegates.
According to her, some non-delegates have been eating at the canteen and this has reduced the food ration for the delegates.
Anenih said: “The issue has been sorted out and the food has improved.
“So, we don’t want to discuss it.
“We want to eat and the reason we want to eat is that it affords us the opportunity to interact.
“If the leadership asks us to go home to eat and come back, we will not enjoy this conference again.
“So, please we want to eat here.”
However, Chief Ayo Adebanjo, also representing the elder statesmen, observed that the situation had not improved much.
Adebanjo said: “The situation has not improved much.
“I am not in support of anybody monetising anything.
“Whatever it is, I will only urge the secretariat to improve on the service.
“It has not yet improved at all.
“Many people, including myself, didn’t eat yesterday.
“The secretariat should improve the service, not monetising it.
“I didn’t come here for money.”
Taking a position on the matter, the Chairman, Justice Idris Kutigi, who joined the plenary, concurred with the Anenih and Adebanjo.
Kutigi said that the leadership would continue to improve on the welfare of the delegates.
He said: “Madam, I think you are right.
“All these complaints were rectified all through the week to see that we improve and we’ve been improving.”
He adjourned plenary till Monday for continuation of discussions on President Goodluck Jonathan’s speech.

2023 Presidency: Why Afenifere will not support Tinubu, others — Adebanjo