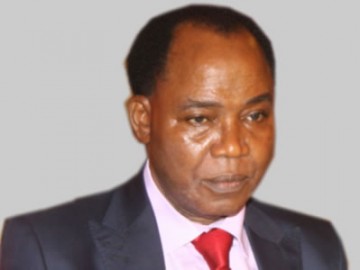 A delegate representing the South West at the ongoing National Conference, Ajibola Ogunsola, on Tuesday advocated a maximum of three children per family to check population explosion.
Ogunsola, who was contributing to debate at the plenary, said the population growth had become a major problem to the economy.
According to him, the population growth does not correspond with the level of productivity in the country.
Ogunsola said the explosion in population was a major cause of massive unemployment and other social problems.
He said: “Our current annual population growth rate is estimated at 2.5 per cent.
“If we continue like this, the population will double in about 30 years’ time.
“A Nigerian woman gives birth to an average of five children while a whopping 43 per cent of our population is less than 14 years old.
“The excessive population growth, which is not counterbalanced with adequate productivity, is a major cause of the massive unemployment and other social problems mentioned by previous speakers.
“Any person, male or female, who fathers or mothers more than three children is contributing to Nigeria’s population problem.”
Ogunsola said issues such as security, devolution of power, cost of governance and immunity clause should be adequately deliberated upon to ensure a better Nigeria.