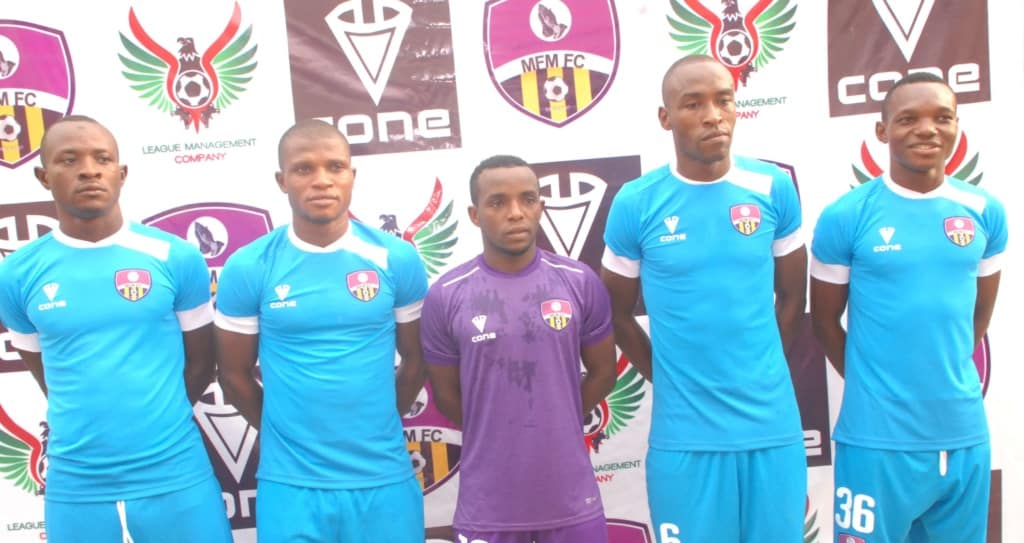 The Mountain of Fire and Ministries Football Club Director of Sport, Emmanuel Adeyemi, has informed that CONE Sports jerseys can compete with others worldwide, reports mountaintopfc.com.
The Olukoya Boys made public their 2016/17 football season home (purple) and away (blue) colours to their fans and the media in Lagos on Friday.
Adeyemi said: “It’s history making of the club as we unveil our new jerseys for the season.
“The kits which are produced by Nigeria’s top brand sports kitting company, CONE Sportwears, are fantastic and are good for our players. They can also compete with other club jerseys around the World.
“From us (MFM FC of Lagos), we look forward for a better partnership with CONE.”
Adeyemi, a director with the League Management Company, who thanked the General Overseer of the Mountain of Fire Miracles and Ministries, Dr. Daniel Kayode Olukoya, for his tremendous support for the development of youths in the country, assured the club’s fans that MFM FC will not battle the drop, but compete for laurels this season.
The Chief Executive Officer of CONE Sports, Cletus Okojie, said the unveiling was first of its kind for the company as he thanked the management of MFM FC for the partnership deal.
Okojie said: “At CONE, we are creative, and in creativity, we don’t talk much rather we let our designs do the talking for us.
“The jerseys we have produced for the club are player-friendly to our weather and it also brings out player’s efficiency during matches with a goal of winning games.
“Our jerseys are also appealing to fans, as they yearn to buy our products. The long run effect of this, is clubs making revenue for the sales of replica shirts.”