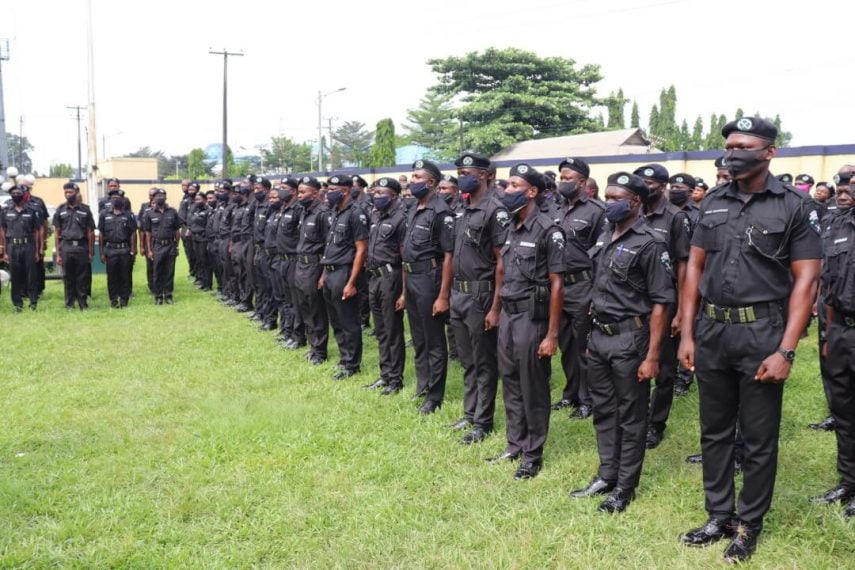 The News Agency of Nigeria recalls that Inspector-General of Police, Mohammed Adamu, had in 2020 inaugurated the initiative aimed to bring policing closer to the people.

Spokesman for the Rivers State Police Command, Nnamdi Omoni, announced the conclusion of the training exercise in a statement in Port Harcourt on Thursday.

The statement quoted Commissioner of Police in Rivers State, Joseph Mukan, as telling the special constabularies to conduct themselves professionally during a short ceremony in Nonwa Tai.

He said: “Recall that IGP Mohammed Adamu came up with the Community Policing Initiative with the sole aim of bringing policing to the people.

“Aside this, it is designed to break the barriers of distrust which, hitherto, largely affected our relationship with the communities.

“The initiative is expected to reconnect the police with the people and engage the communities in the fight against crime and criminality in their localities.

“In realisation of this noble objective, the people can now take the police as their own and work with us to enhance our efficiency and productivity.”

Mukan advised the special constabularies to apply what they were taught and warned them against engaging in acts that would tarnish the image of the police.

“You are the brainchild of the IGP who has taken you to heart, therefore, you are expected to live up to expectations and justify confidence reposed in you,” he told the new officers.

The commissioner said the police command in Rivers would soon begin the second batch of the recruitment exercise as soon as arrangements were concluded.

He appealed to residents to support and cooperate with the special constabularies to enable them to succeed and urged residents to report any act of unprofessional conduct to cellphone numbers: 08032003514, 08098880134 and 08033396538.

Speaking for his colleagues, Joseph Azubuike thanked President Muhammadu Buhari and the IGP for the opportunity, and promised not to let the country down.