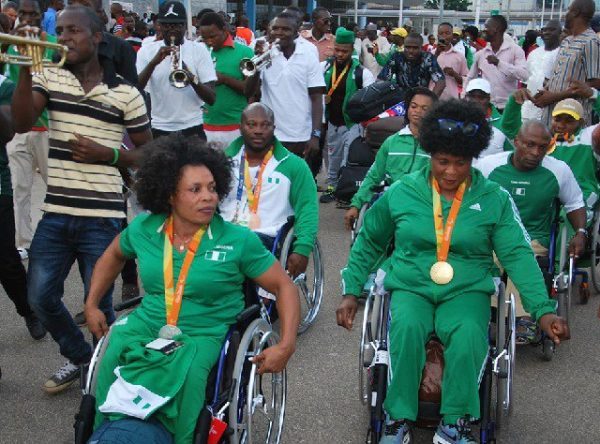 The Nigeria Para-Powerlifting Federation on Wednesday announced the names of six athletes that will represent the country in the forthcoming 2018 Commonwealth Games in Gold Coast, Australia.
The Games will hold between April 4 and April 14.
Dayo Abulude, Secretary of the federation, told the News Agency of Nigeria that the six athletes are made up of three males and three females.
The male athletes are: Paul Kehinde, Ezuruike Roland and Ibrahim Abdulazeez, while the females are Ejike Lucy, Oyema Esther and Nwosu Ndidi.
Abulude said that the selection of the athletes was based on their current form and performance in camp.
He said: “The coaches have done a good job by selecting those that they believe will do the country proud in Gold Coast, Australia.
“Nigerians should be rest assured that the para-powerlifters will come back home with medals at the end of the Games.’’
Abulude, however, commended the Federal Ministry of Youth and Sports for ensuring that the athletes go through adequate preparationsc and early camping, ahead of the Games.
NAN reports that Nigeria won four gold and two silver medals at the 2014 Commonwealth Games in Glasgow in para-powerlifing.
Team Nigeria will be participating in 10 events at the Gold Coast Games.
They are: Athletics, Weightlifting, Wrestling, Basketball, Boxing, Table Tennis, Gymnastics, Para-Table Tennis, Para -Athletics, Para-Powerlifting.
The Nigerian contingent is scheduled to leave for the Games on March 23.