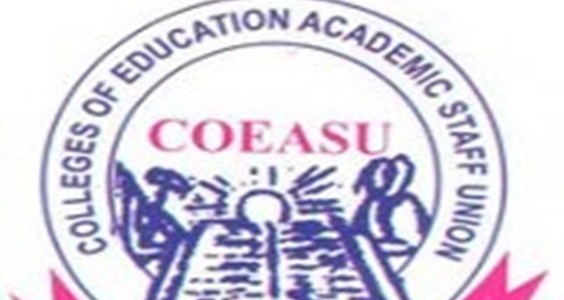 The Colleges of Education Academic Staff Union has threatened to embark on strike over N486 billion unremitted Needs Assessment Funds by the Federal Government.

Nuhu Ogirima, COEASU National President, who issued the threat in a statement on Wednesday in Abuja, gave the Federal Government a 21-day ultimatum to address their grievances.

Ogirima said the Federal Government was reneging on its earlier agreement with the union to inject at least N486 billion into the teacher education sector after conducting Needs Assessment.

According to him, it is quite disheartening to note that trust was misplaced as none of the pledges by the government had been fulfilled.

He said: “Even the paltry fraction of N15 billion only as palliative, out of N486 billion required as at 2017, to cushion the effects of the non-implementation of Needs Assessment and others has not been fulfilled till date.”

He also noted that other grievances of the union include shoddy implementation of the Integrated Personnel Payroll and Information System and non remittance of check off dues.

Ogirima also listed others as the inability to place some lecturers on sabbatical and study leave in the payroll among others.

He said: “We want the Office of the Accountant General of the Federation to address urgently the erroneous deduction of check off dues at source from the promotion arrears paid to some of our members from January to November 2018, but has continually withheld same in spite of the request for remittance to the union.

“Also, the imposition of IPPIS on the COE system bedevilled the payment of emoluments of staff with anomalies, infractions and deprivations, third party deductions are not being effected in most colleges.

“We therefore wish to notify the government that should it refuse to address these outstanding grievances within 21 days, we shall have no other option than to embark on a nationwide industrial action.”