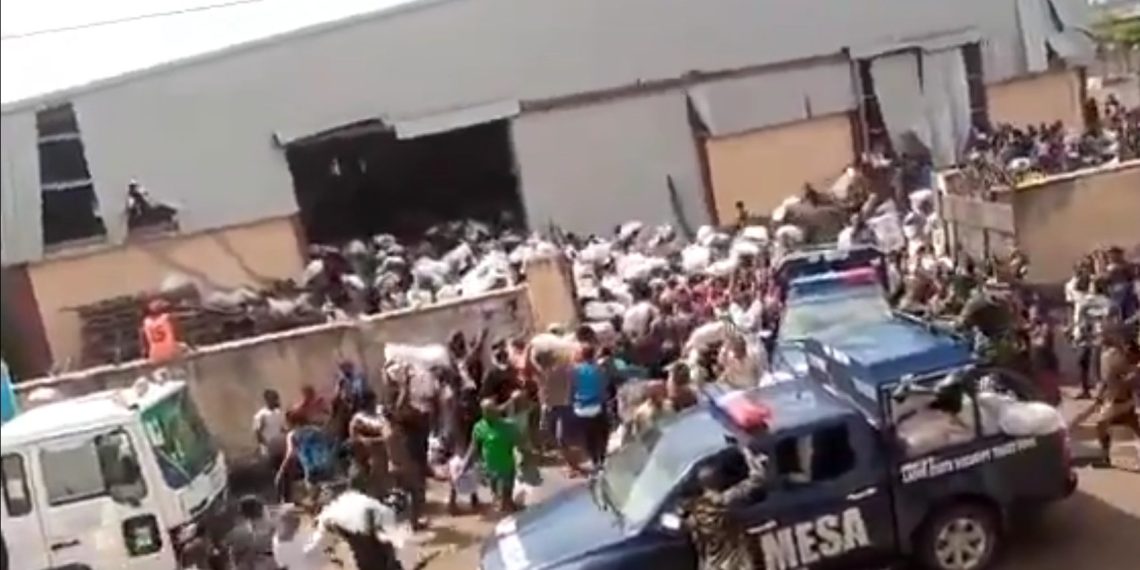 The Kaduna Social Protection Accountability Coalition has condemned the looting of COVID-19 palliatives stored at a private property meant for vulnerable households in Chikun Local Government Area of Kaduna State.

The Chairperson of KADSPAC, Jessica Bartholomew, made the condemnation in a statement issued to newsmen on Monday in Kaduna.

Bartholomew explained that the recent happenings in Nigeria which started as a protest by young people calling for the end of the Police unit, State Anti-Robbery Squad and Police reforms had continued to take a worrisome dimension.

“We want to confirm that we are privy to information on the planned distribution of the COVID-19 palliatives across the state by the government,’’ she said.

Bartholomew said that arrangements for the distribution of the palliatives to vulnerable households in Chikun Local Government and other local government areas had reached an advanced stage before the unfortunate incident.

“As a coalition made up of civil society and media, we tracked the distribution from the same location to the various benefiting communities and reported our findings to the state-level committee through the media.

Bartholomew noted that KADSPAC had earlier raised concerns around the unclear criteria for identifying the beneficiaries which included lack of uniform packages for beneficiaries, the use of social register and poor awareness.

“We also raised concern over absence of civil society and media involvement in the planning process,’’ she said.

She said as a coalition working to support the strengthening of the social protection system in Kaduna state, “our major concern was to ensure that the palliatives got to the targeted groups to avoid the error of inclusion and exclusion in the process.

Bartholomew further explained that during the scale-up phase to the remaining 14 local government areas in May, the state government adopted some of their recommendations which improved the distribution of the palliatives to vulnerable households.

“Based on our knowledge and working relationship with the government in the social protection space, the delay in distribution of the COVID-19 palliatives was to allow transparency.

“The delay was also partly to allow the state government through the State Operations Coordinating Office (SOCU) to complete the tedious process of enumerating and capturing the poor and vulnerable into the social register.

“We provided the list and they have been included in the ward committees as watchdogs to ensure that the poor and vulnerable households benefit from the palliatives.

“The various coordinators were finalising the planning process when the property housing the palliatives meant for Chikun council was vandalised and the palliatives looted on Saturday,’’ Bartholomew said.

Bartholomew empathised with Nigerians and residents of Kaduna State over the issues that necessitated the protests, saying it happened due to increase in police brutality, hunger, unemployment, poverty, and despondency.

She appealed to people of the state to allow the palliatives to get to the poor and vulnerable households and join in tracking the exercise to ensure that it gets to the targeted group rather than looters.

She also urged the government to review the planning process to ensure wider community engagement and increase public awareness on the palliatives distribution.

“This will ensure ownership by all community stakeholders and check misinformation on the palliatives that are about to be distributed,’’ she said.