Coach to Pogba, Varane: Prove you can perform before I take you to World Cup 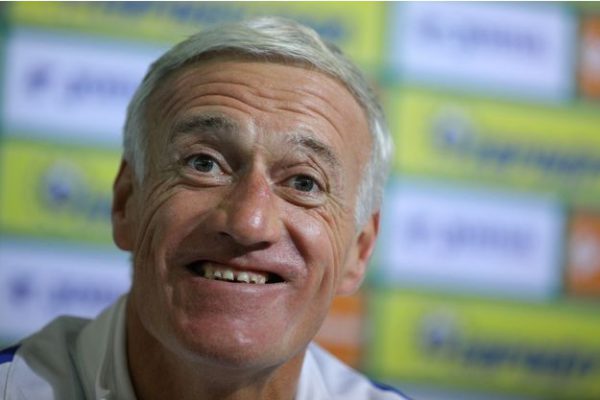 Didier Deschamps wants Raphael Varane and Paul Pogba to prove they can contribute at Qatar 2022 after announcing he will not be taking any injured players to the World Cup.

The France manager said everyone who travels to the finals, where Les Bleus will be defending the title they won in Russia, must be able to contribute immediately.

Manchester United centre-back Varane is not expected to play any club football until the Qatar 2022 finals get underway, after suffering a leg injury.

Pogba is back in training with Juventus after knee surgery, but he will not be rushed back to action.

“It’s absolutely clear,” Deschamps said. “I’ve never embarked on a big competition with an injured player, even if there are some who can come up with examples from 2018 with our full-backs who were Benjamin Mendy and Djibril Sidibe.

“They were healed. After that, it’s about athletic condition. And between the time I made the list and what should have happened, that didn’t happen… there you go.

“But leaving for a big competition with players who are not ready, already it occupies too much attention, and for those who have to play, it also monopolises the medical staff.

“I consider that we must leave with valid and capable players.”

Pogba is still waiting to make an impact on the pitch in his second spell at Juventus, having rejoined the Serie A giants from Manchester United.

There is a strong will from Deschamps for the midfielder to be on the plane to Qatar, and Pogba may well return to club action in the coming weeks.

The coach has plenty of sympathy for the 29-year-old who has had a tough time away from football lately.

An investigation was opened in August into allegations Pogba was the target of an extortion plot by his brother Mathias and childhood friends demanding a 13 million euros (13.01 million dollars) sum.

Mathias Pogba and four others were charged in relation to the matter and Deschamps regards Paul Pogba as “a victim.”

“That it’s been a very difficult moment for him, yes,” Deschamps said.

“I talk to him regularly. He’s someone who has a big mentality. Obviously, relating to his injury, it’s not easy to manage. But psychologically, he’s fine.”