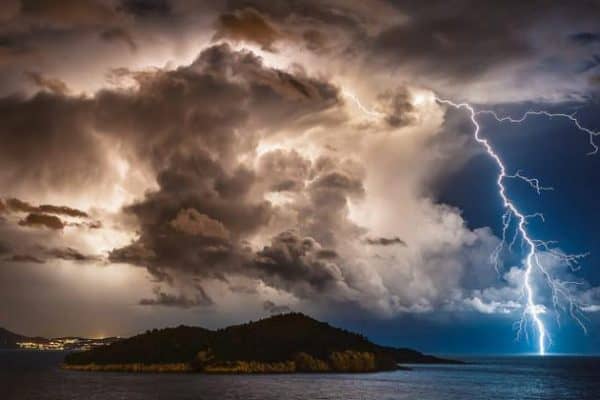 The Nigerian Meteorological Agency has predicted cloudy weather conditions with prospects of widespread thunderstorm and rainfall activities over most parts of the country on Tuesday.
NiMet’s Weather Outlook on Monday in Abuja, predicted cloudy morning over the central states with thunderstorms over Abuja, Ilorin and Kaduna with day and night temperatures of 27 to 36 and 18 to 27 degrees Celsius.
It also predicted that further into the day, cloudy conditions were expected to prevail over the region with prospects of thunderstorms over Yola, Jalingo and Mambilla Plateau axis.
The agency predicted that Northern states would experience morning thunderstorms over Sokoto, Yelwa, Gusau, and Kano, and cloudy conditions with day and night temperatures of 35 to 40 and 25 to 28 degrees Celsius.
According to NiMet, southern states will experience cloudy conditions over the South-East inland with moderate rains over the western part of the coastal belts and slight rains over the eastern parts in the morning.
NiMet predicted: “Thunderstorms are also expected over places like Ibadan, Abeokuta, Shaki, Osogbo and Ijebu-Ode axis.
“Later in the day, there are chances of moderate rains in the afternoon into the evening hours with day and night temperatures of 31 to 34 and 22 to 25 degrees Celsius.
“With continued influx of moisture into the country, there are more prospects of thunderstorms and rainfall activities over the country within the next 24 hours.”