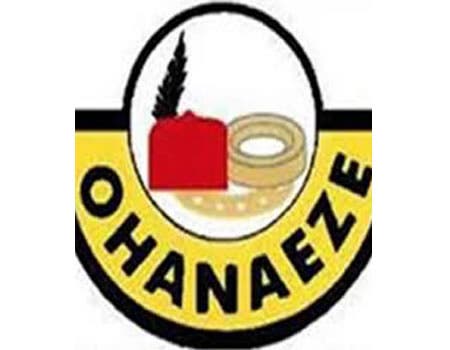 The Chairman of CLO in Anambra State, Vincent Ezekwueme, gave the task on Thursday while speaking with the News Agency of Nigeria in Enugu on the import of the election.

NAN reports that election into state offices of Ohanaeze Ndigbo Worldwide, the apex Igbo socio-cultural organisation, would hold on January 8 in various South East States as well as Delta and Rivers States.

The election into the national offices of the organisation would hold on January 10 in Owerri, Imo State, which is also the state the President-General’s position is zoned to.

According to Ezekwueme, CLO’s passionate appeals to Igbo leaders is to ensure a rancour-free, fair, credible and generally-acceptable Ohanaeze Ndigbo general election as a litmus test.

He said: “The leaders should also see the election as a forerunner to the much cherished Nigerian president of Igbo extraction.

“It is of prime importance to note that without an Igbo leadership of our aspirations in Ohanaeze, it will be very difficult, if not impossible, to actualised Nigerian president of Igbo extraction.

“We need courageous, patriotic, God-fearing and selfless leader, someone with great passion for interest and social wellbeing of the people as President-General of Ohanaeze now more than ever before.

“A President-General that will navigate the Igbo toward actualising Nigerian president of Igbo extraction.”

The CLO boss said it would be wise if political, civil society and religious leaders in the state the President-General is zoned to invite all candidates to the position to dialogue and patriotically choose the best among them.

He said: “Our political leaders should desist and resist inordinate ambitious imposition of their favoured candidate to the detriment of the people’s choice as well as peace and unity of Igbo nation.

“Significantly, it is existential reality that the world is watching how this election will be resolved.

“Our leaders should do the needful in order to get it right to the glory of God, peace, progress and prosperous of Igbo nation and Nigeria in general.”