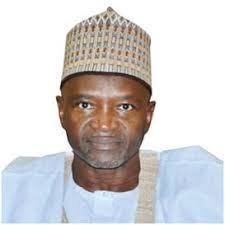 The Federal Government says it has submitted its Nationally Determined Contribution 2021 final report to the UN Framework Convention on Climate Change.

A statement on Saturday by Saghir el Mohammed, Director Press, Ministry of Environment, said the Minister of the Environment, Dr. Mohammad Abubakar, submitted the report on July 30 to the UNFCCC.

Abubakar said the updated report, which was approved by President Muhammadu Buhari, replaced the interim NDC report that was submitted in May 2021.

He emphasised the country’s unwavering commitment to the Paris agreement on climate change as it had now raised its targets in the new report.

He said: “This submitted updated NDC communicated that Nigeria has raised her ambitions by including emission reduction from the waste sector as a new sector in the NDC.

“Nigeria’s has increased its conditional contribution from 45 percent to 47 per cent, while retaining the unconditional target of 20 percent.

“Hence, the updated NDC has an unconditional target of 20 percent  below business as usual by 2030 and 47 percent conditional contribution on international support.

“July 30th, was an important day for Nigeria as the timely submission of the updated report will ensure its inclusion in a synthesis report.”

The Minister said the report would be issued later this year ahead of the Conference of the Parties (COP26) slated to hold in November in Glasgow, United Kingdom.