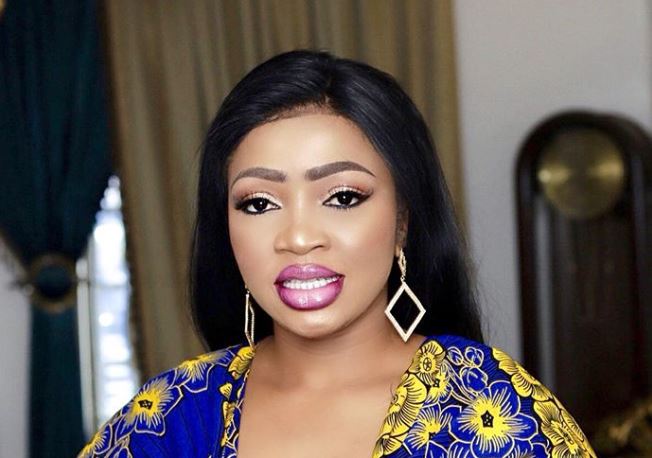 Journalist, Jackson Ude had alleged that Godswill Akpabio looted N215 billion from Niger Delta Development Commission which he heads and allegedly spent the weekend at an Abuja hotel with Osom.

Reacting to this, Osom stated that she shouldn’t be insulted with $50k because she makes good money daily.

She insisted that she can afford any lifestyle without being sponsored, while stating that fighting Akpabio is a waste of time because who God has blessed, no man can curse.

“Oga we no Dey fear blackmail-o……. Don’t insult me with $50k, cus am a big brand and I make good money daily.

“So, I can afford any life style without being sponsored by anyone.

“But you see this Oputa panel in Akwa Ibom State, it has come to stay.

“Meanwhile fighting Akpabio is a waste of time, whom God has blessed no man can curse.

“I am a voice in Akwa Ibom State and will always stand by my people.

“There is hunger in Akwa Ibom State period.

“I said what I said with my full chest.”