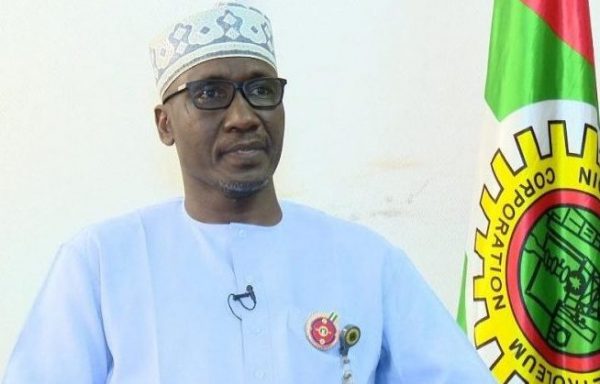 The Group Chief Executive Officer of the Nigeria National Petroleum Corporation Limited, Mele Kyari, has again raised the alarm over the involvement of communities and religious groups in theft of petroleum products in the country.

Kyari stated this at the weekly Ministerial Media Briefing organised by the Presidential Media Team on Tuesday in Abuja.

Femi Adesina, the President’s Special Adviser on Media and Publicity, is at the head of the PMT.

According to Kyari, churches, mosques, security agencies as well as communities where pipelines pass through were involved in pipeline vandalism and theft of petroleum products.

He said so far, the NNPC, in conjunction with security agencies, had destroyed 959 metal tanks for storage purposes, 737 ovens, 452 dug-out pits, 355 cooking pots, and 179 wooden boats between April and August this year.

Kyari said 11 vessels, 30 speed boats, 37 trucks and cars were impounded, while 122 suspects were arrested in connection with various cases of theft of petroleum products.

He said: “As you may also be aware, because of the very unfortunate acts of vandals along our major pipelines from Atlas Cove all the way to Ibadan, and all others connecting all the 37 depots that we have across the country, you know, none of them can take delivery of products today.

“And the reason is very simple: For some of the lines, for instance from Warri to Benin, we haven’t operated that line for 15 years.

“Every molecule of product that we put get lost.

”And of course you remember the tragic fire incident very close to Warri, close to Sapele that killed so many people.

“So, we had to shut it down and as we speak, the level of losses that we have on our product pipeline, and I’m sure you may have seen it and I’ll invite you at the right time so we can take a look at it jointly.”

Kyari also recalled the fire outbreak happened in the Lagos area, adding: “In one of our pipelines, we discovered that some of the pipelines were actually connected to individuals homes.

“And not only that, and with all sensitivity to our religious beliefs, you know, some of the pipelines and some of the products that we found, were actually in churches and in mosques.

“That means that everybody is involved.

“There is no way you will take products, bring in trucks in populated neighbourhoods, load it and leave without everybody else knowing about it.

“That everybody includes members of the community, members of the religious leadership and also and most likely government officials of all natures, including security agencies personnel.

“And I’ve seen this even in the Niger Delta.

“There’s no way you would deliver a volume and lose up to 30 per cent and you will continue to put that products in this line.”