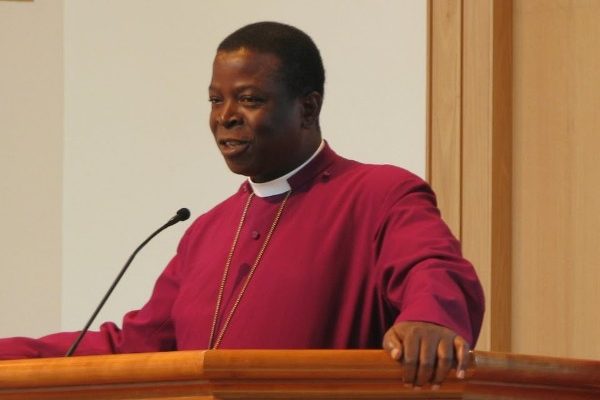 The Primate of Church of Nigeria, Anglican Communion, the Most Rev. Nicholas Okoh, on Thursday in Abuja warned that the church would not hesitate to discipline clergymen who were not faithful to their calling.
The primate handed down the warning in his closing charge to participants in the 2018 Divine Commonwealth Conference, with the theme: “I will restore”
The Anglican leader noted that it had become worrisome that bishops of the church did not subject prospective priests to scrutiny through rigorous checks before their ordination.
Okoh said: “So many clergymen have been dismissed, so many have been defrocked and so many have been suspended from the church.
“One person cannot by himself pick a priest, he must do a background check, where the elders and council members of the church are involved in order to avoid error.
“As bishops, we should take the pain to do proper checks on anyone that wants to be a priest before admitting them into the seminary, the numbers of dismissal, suspension and the numbers of the people we say we don’t want again will reduce.”
He urged the bishops not to allow themselves to be tempted or to be under any pressure by families, friends and the society to ordain priests but to look for the qualities of discipleship to produce priests that had the calling of God.
He said: “Be patient in your selections, select the one God has called, offend everyone and take the one God has revealed to you. If you miss it you have put yourself in a great danger.
“Please, bishops, reduce the speed in which you are ordaining and sending people to the seminaries otherwise they will turn their backs on you and you will become their victims.”
Okoh said anyone who wished to be a minister in the Anglican Church should bear in mind that there were different kinds of powers.
He said: “We have the money power, women power, witchcraft power, political power.”
He said a priest must have power that superseded all of other powers.
He said: “If you want to be a clergyman you must have the power that overrides all of these powers, that overriding power is the power of our Lord Jesus, if you don’t have the power of Jesus do not come because you will be frustrated.
“There are no communities in Nigeria where these powers do not manifest and they will test your patience, they will also test your life.”
The primate advised those who wanted to come into the Ministry to possess the power of the Almighty God to succeed.
News Agency of Nigeria reports that the DIVCCON eighth edition had more than 8,000 participants from across Nigeria and the Diaspora were in attendance.