Chukwumerije criticises plan to drag Ihejirika, others to ICC 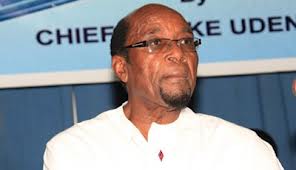 Senator Uche Chukwumerije, (PDP-Abia) on Wednesday decried the call by the Northern Elders Forum to drag retired Lieutenant General Azubuike Ihejirika and six others to the International Criminal Court in The Hague.
Chukwumerije told newsmen in Abuja that the plan was capable of unleashing “a national ill-will that will do no one any good”.
He said the approach by the group was selective, patently biased and highly provocative to the sensibilities of those who desire the unity and stability of the country.
He said: “Let it be emphasised ab initio that senseless sacrifice of a human life is indefensible.
“Violations of human rights have remained the bane of Africa.
“The situation in the universally acknowledged difficult terrain of borderless war such as terrorism, counter-terrorism and guerrilla-like conflicts offers a unique challenge.”
Chukwumerije said the motives of the Prof. Ango Abdullahi-led group were beyond concerns about human rights violations since the Bama incident had been investigated and put to rest.
Chukwumerije said: “Every citizen knows that the anti-terrorism campaign in the North is a joint military operation under the command of the Chief of Defence Staff.”
He urged the group to have a rethink, noting that the only path to long lasting stability for the country was that of equity.