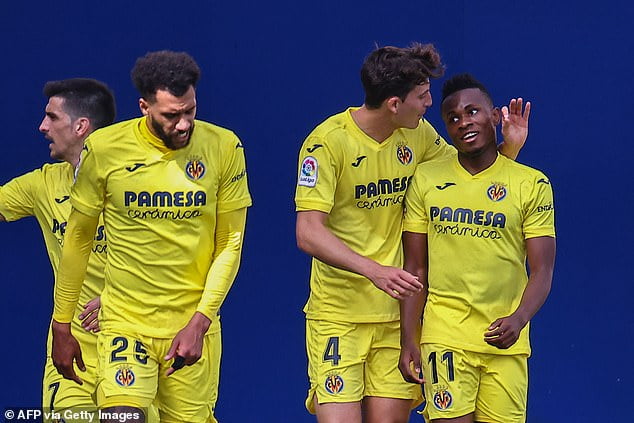 Samuel Chukwueze’s goal was not enough for Villarreal as the Yellow Submarine suffered a 2-1 loss to FC Barcelona at the Estadio de la Ceramica on Sunday.

A chaotic start saw both sides create early opportunities to score with Villarreal breaking the deadlock when Chukwueze burst in behind, rounded Marc-Andre ter Stegen and finished into the net from a tight angle.

Barcelona’s response, however, was instant, with Antoine Griezmann lobbing a finish over Sergio Asenjo before completing the turnaround soon after, firing past the goalkeeper after pouncing on a loose Juan Foyth backpass.

Villarreal were reduced to 10 men after a reckless tackle by Manu Trigueros on Lionel Messi, with the Argentine fortunate not to suffer any damage.

This robbed the hosts of their chance to press for an equaliser as Barcelona saw out a 15th win from their last 17 league games.