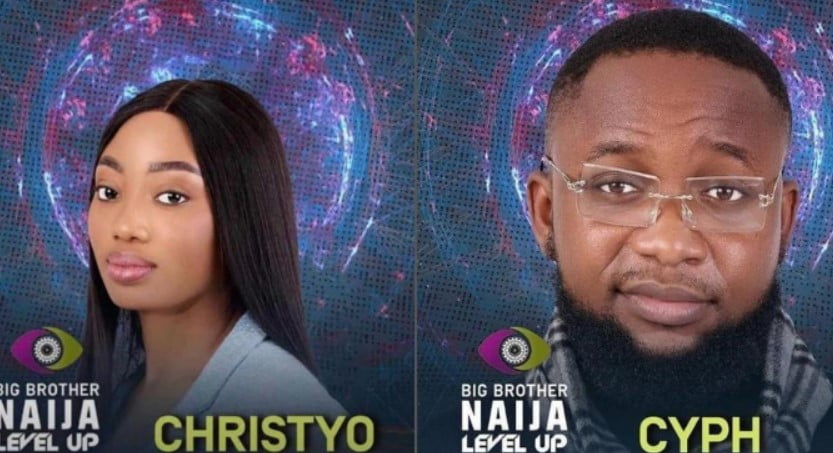 Christy O and Cyph from the Level 2 house became the first evictees for the season.

Before the show, Big Brother had earlier disqualified ex-Miss Nigeria, Beauty Tukura, after she received double strikes for breaking the house rules.

At the beginning of the eviction live show, two new housemates, Rachel and Chizzy, were introduced to the show.

While Chizzy joined the Level 2 House, Rachel made her way to the Level 1 House.

The host of the Big Brother live eviction show, Ebuka Obi-Uchendu, revealed the reason for the introduction of two new housemates.

Ebuka said the new housemates would be referred to as Riders.

According to Ebuka, a Rider is a Big Brother’s agent. They cannot win the prize however, they will play until the end of the show and can never be evicted.

They can also participate in every competition.

Another highlight from the live show was a musical performance from Young John, who thrilled the live audience and viewers.

With Beauty’s disqualification and the eviction of Cyph and Christy O, only 21 real housemates are on the show.

While Deji and Modella are fake housemates, Rachel and Chizzy are Riders.