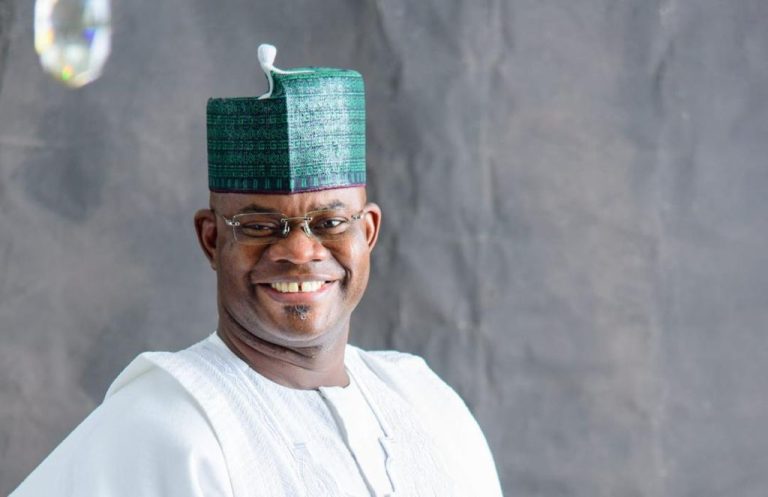 Governor Yahaya Bello of Kogi State has felicitated Christians in the state and the country in general as the world commemorates the 2021 Christmas celebration.

Bello said this in his Christmas message via a statement by his Chief Press Secretary, Onogwu Muhammed, on Friday.

He noted that the season signified hope for mankind.

The governor, therefore, urged citizens to remain optimistic for a better Nigeria.

Bello said that Christmas celebration represents hope and love, hence a season for Nigerians to remember that Nigeria’s trying phase would not last for too long.

The governor also urged citizens to emulate God’s love to mankind and replicate same to their neighbours during the season.

Bello said that though the season was a good time to spend with family and loved ones sharing happiness, it should also be a time for sober reflections and prayers for peace, unity and togetherness of the country.

He further expressed joy that citizens of the state were able witness yet another Christmas period.

The governor noted that in spite of several hurdles faced individually and collectively, God Almighty had ceaselessly shown His boundless mercy and love to mankind.

He said: “Over the past months, from the beginning of the year, Kogi State had experienced a high level of peace and tranquility owing to the administration’s commitments to the security and safety of the citizenry.

“In spite of setbacks experienced, the government had remained unwavering in this cause.

“There has been remarkable and notable advancement in socio-economic growth and infrastructural development.

“As the year comes to a close, Christians all over mark such a significant day with so much joy and excitement.

“Nigerians should not cease to preach the message of peace and good neighborliness as they set to enter the New year.

“Seasons such as this should not pass without people engaging in good gestures to the less privileged.

“By sharing gifts and materials to the needy and being kind to everyone around them because such acts would promote love and peaceful co-existence,” Bello stated.

Bello encouraged citizens to go about their celebrations peacefully without any fear as the state had put modalities in place to guarantee citizens’ safety before, during and after the holiday period.

He also warned those with evil intentions to desist from such as Kogi State was no ground for any form of criminality.