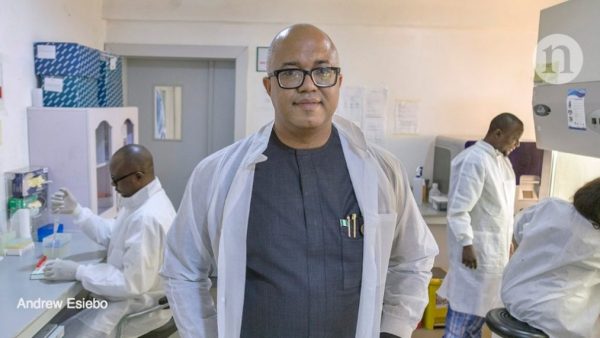 The Nigeria Centre for Disease Control says the country has recorded 37,819 suspected cases of cholera, 1,178 deaths in 23 states and the FCT as at August 14.

The NCDC Director-General, Dr. Chikwe Ihekweazu, made the disclosure in an interview with the News Agency of Nigeria on Monday in Abuja.

The NCDC boss noted that there had been a decrease in the number of new cases in the last two weeks.

“Since the beginning of the year, a total of 1,938 samples have been collected with positive cases as follows: 277 Rapid Diagnosis Test positive only; 82 culture positive; 359 RDT and culture positive.

“The Test Positivity Rate for laboratory confirmation by culture is 23 per cent.

The DG however, said the national multi-sectoral EOC activated at level 2 continues to coordinate the national response.

NAN reports that Cholera is a waterborne disease and the risk of transmission is higher when there is poor sanitation and disruption of clean water supply.

The wrong disposal of refuse and practices such as open defecation endanger the safety of water used for drinking and personal use.

These lead to the spread of water-borne diseases such as cholera.

Without proper WASH, Nigeria remains at risk of cholera cases and deaths.

The long-term solution for cholera control lies in access to safe drinking water, maintenance of proper sanitation and hygiene.

Cholera is also preventable and treatable.

However, it can be deadly when people who are infected do not access care immediately.