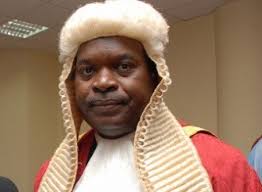 The Chief Judge of the Federal Capital Territory Justice Ishaq Bello has called for the protection of People Living with Albinism, saying “they are legitimate citizens of the country”.
Bello made the call at the launch of the Albinism Rights Project of the Albino Foundation in Abuja on Tuesday.
The judge, who was the special guest and chief launcher of the project said the contribution of albino to the development of the world could not be forgotten in a hurry.
He said that persons with albinism were just like everyone entitled to the fundamental rights as enshrined in the Constitution of Nigeria, adding that they should not be discriminated against.
Bello said: “I am more convinced of this fact because I know of some outstanding albinos both in our lifetime and from history that are successful.
“Most of you might be familiar with Emperor Seinei, the 22nd Emperor of Japan, and King Edward the Confessor, who ruled England from 1042 up to 1066, I am sure you didn’t know they were albinos.
“What about Shaun Ross and Diandra Forrest, who both dazzled the modeling world for lovers of music, Yellowman, Salif Keita and Johnny Winter readily come to mind as albinos who made their marks in the industry and many more.’’
According to the judge, the number of persons living with albinism in Nigeria is ranked among the highest in the world with an estimated figure of over two million albinos living in the country.
The judge said that with the two million albinos in the country, the group represented one of the largest vulnerable persons in the country who seemed to enjoy less attention and support from the government.
Bello said that people living with albinism face various forms of discriminations which restricted them from participating as a family member and as a society on equal basis.
He said that in the recent times, there was a global revolutionary change in the approach to close the protection gap and ensure that all persons irrespective of gender, ethnicity, colour and disability enjoyed the same standard of equality, adding that Nigeria should not be left out.
Bello said: “I am aware of the approval of the International Albinism Awareness Day on June 13 by the United Nations Assembly geared towards creating the needed awareness to mitigate the many challenges faced by persons with albinism.
“I am, however, not sure if there are strategic plans put in place both at the national and international levels towards promoting, protecting and enforcing the  fundamental human rights of persons with albinism.
“This is therefore a call to everyone to join voices with the foundation in ensuring that albinos in Nigeria and everywhere get a better and fair deal in all areas of life.’’
Bello also called on states, civil society groups and individuals to see albinism as necessary cause that required the involvement of all members of the public in eliminating all stereotypes, myths and stigmatisation associated with albinism in Nigeria.
Christopher Thorney, the Canadian High Commissioner to Nigeria, pledged continuous collaboration with the foundation for the protection of the rights of albinos.
Thorney said: “It is wrong for most citizens in Nigeria to discriminate against albinos and this does not encourage nation building.”