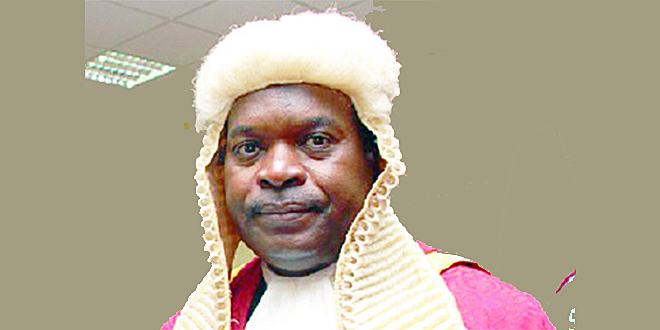 Share
Facebook Twitter LinkedIn Pinterest Email
The Chairman of the Administration of Criminal Justice Monitoring Committee, Justice Ishaq Bello, says arrest of suspects before completion of investigation has become a culture among the nation’s law enforcement agencies.
Bello, who is the Chief Judge of the Federal Capital Territory High Court, stated this at the inauguration of sub-committees of the ACJMC in Abuja on Tuesday.
He said: “The Administration of Criminal Justice Act advocates that no arrest should be made until after completion of investigation.
“But we have observed with pains that this has not been the case.
“Hardly do you find a time when any of the prosecutory agencies will come to court on the day of arraignment and say their investigations are concluded.”
Bello said although the same law provides for the arrest and detention of suspects on the order of the court, such provision was being abused by the law enforcement agencies.
According to him, the agencies ask the courts for extension of remand order without giving cogent reasons for their request.
Bello lamented: “This remand culture is prevalent and that is not the spirit of the law.
“Remand order is necessary only in compelling situations where a suspect or the defendant is likely to move out of jurisdictions or the investigation is so complex that you are unlikely to finish in good time.”
Bello also flayed the courts for making no efforts to interrogate the reasons for the agencies’ request for extension of remand orders.
While noting that the ACJMC was set up to address those abuses, he urged the sub-committees to hit the ground running and report back to the parent body.
Six subcommittees were inaugurated by the ACJMC chairman.
They are: sub-committees on Speedy Trial, Prisons Decongestion, Technical, Investigation and Prosecution, Monitoring and Media.
The Commissioner of Police in the FCT, David Igbodo, appealed for adequate financial and logistic provisions for law enforcement agencies to effectively implement the Administration of Criminal Justice Act.
Igbodo, who represented the Inspector-General of Police, Ibrahim Idris, said the law provides for the creation and maintenance of a database of crimes suspects by relevant agencies.
He, however, said the police lacked adequate funding and facilities to comply with that provision.
Criminal Justice Monitoring Committee Justice Ishaq Bello
Share. Facebook Twitter Pinterest LinkedIn Tumblr Telegram Email