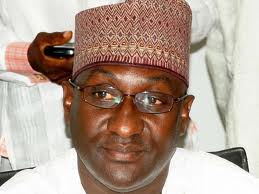 The Federal Government on Tuesday cautioned the Christian Association of Nigeria and the Jama’atul Nasril Islam from making unguarded comments regarding the fate of the abducted Chibok schoolgirls.
Mike Omeri, the Coordinator, National Information Centre, said this at a joint news conference by the Department of State Service, the Military and the Nigerian Police Force in Abuja.
The conference was attended by Major General Chris Olukolade, the Director of Defence Information; Frank Mba, the Force Public Relations Officer; and Marylin Ogar, the DSS spokesperson.
Omeri said that introducing religion into the already tensed situation would only aggravate the issue at stake, adding that religious leaders should caution their followers from statement considered inimical.
He said: “The Federal Government appeals to religious bodies, especially the leadership of both JNI and CAN, to restrain their members from reducing the current situation into a religious conflict.”
Omeri said that the Federal Government commended the action of some elders in parts of the North who condemned the evil activities of the Boko Haram.
He said that the Federal Government was confident that with many more Nigerians joining in the effort to condemn Boko Haram activities, the country would overcome the situation.
The government equally commended Nigerians for their support and understanding shown since it began its operation to restore peace and normalcy in some parts of the country.
He disclosed that the Nyanya bomb suspects had made useful confessions, which would help the law enforcement agencies in their operations.
He said: “Let me make it clear that at the appropriate time, the full confessions will be made public.
“The National Bureau of the Interpol based at the Nigerian Police Force headquarters has issued an international red alert on terror fugitive, Aminu Sadiq Ogwuche, who is still at large.
“We have spread our drag net to search and arrest him.”
Ogar, in the same vein, pleaded with Nigerians to assist the security agencies in giving out information that could be useful in the operation.
Mba added that Nigerians were increasingly becoming aware of their environment, saying it was encouraging.