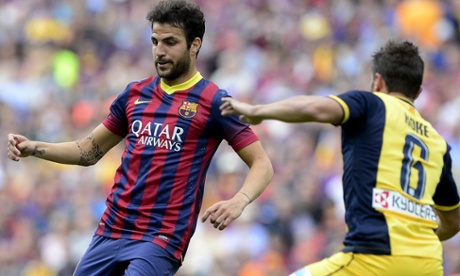 Chelsea ensured they would spend Christmas Day on top of the English Premier League as goals from John Terry and Cesc Fabregas gave the leaders a gritty 2-0 victory on Monday at Stoke.
The Blues sit three points clear of second-placed Manchester City heading into the hectic festive programme.
City’s win over Crystal Palace on Saturday had drawn them level on points with Chelsea, but this was an emphatic response from the west Londoners.
Chelsea’s Belgian playmaker, Eden Hazard, was replaced after getting a kick to his foot following a Jon Walters challenge.
“These victories mean more than three points. To win and get three points, the players need the right spirit and mentality,” Mourinho said.
“To win here, they must be a really very good team with the capacity to adapt to Stoke’s style of play.
“The three-point lead we have is a little advantage; it is a little pillow we have to protect us.
“We go home happy and pleased with what we did.”
Chelsea could not have made a better start as they took the lead inside the opening 90 seconds when Terry rose highest above Geoff Cameron to head a Fabregas corner past Asmir Begovic.
It should have been 2-0 on the half-hour as a Fabregas pass breached the Stoke offside trap and Diego Costa ran through before dragging his tame shot wide.
Stoke created brief moments of optimism at the start of the second half with Peter Crouch heading over from Bardsley’s cross from the right.
Fabregas settled the contest 12 minutes from time, taking Hazard’s pass before scuffing his shot past Begovic from close range.
It might have been a fortunate strike but the Spaniard joyously celebrated his fourth goal for the club he joined from Barcelona in the off-season.
Chelsea could have added a third late on, with substitute Andre Schuerrle setting up Costa who was denied by Begovic.