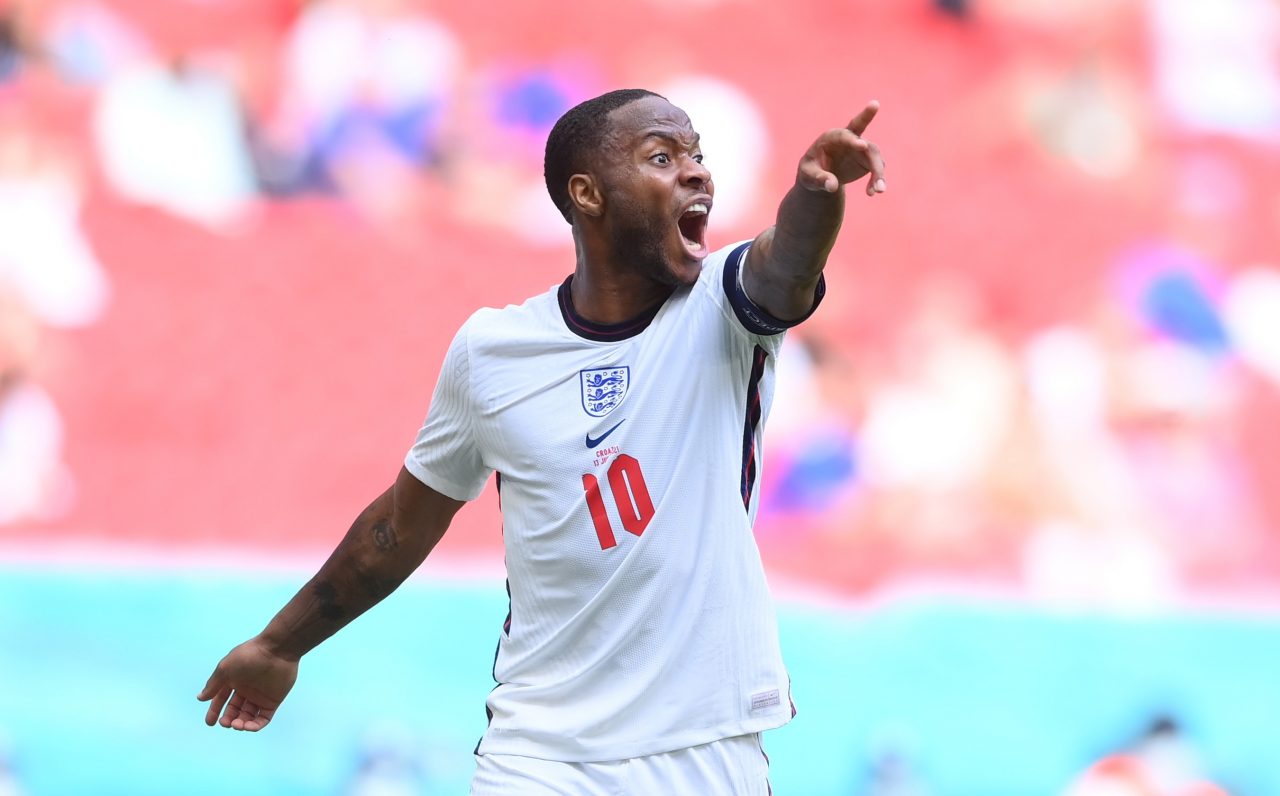 epa09267536 Raheem Sterling of England reacts during the UEFA EURO 2020 group D preliminary round soccer match between England and Croatia in London, Britain, 13 June 2021. EPA/Laurence Griffiths / POOL (RESTRICTIONS: For editorial news reporting purposes only. Images must appear as still images and must not emulate match action video footage. Photographs published in online publications shall have an interval of at least 20 seconds between the posting.)
Share
Facebook Twitter LinkedIn Pinterest Email

Raheem Sterling has returned “home” after swapping Manchester for London by signing for Chelsea on a five-year deal.

The England international ended a seven-year stay at City as he joined their English Premier League rivals on Wednesday.

The Blues shelled out 47.5 million pounds to acquire Sterling, who won four league titles during a successful spell at the Etihad Stadium.

Chelsea confirmed the deal from their pre-season camp in the US, with Sterling ready to get to work.

“London is my home and where it all started for me, and it’s amazing I now have the opportunity to play in front of friends and family week in, week out at Stamford Bridge. “I’m really looking forward to meeting the fans there soon,” Sterling said in a statement published on the club’s website.

Sterling joined Manchester City from Liverpool in 2015, winning four league titles and scoring 131 goals in 339 games across all competitions.

The England International was in and out of the Manchester City team towards the end of last season.

He did not start either leg of their UEFA Champions League semi-final loss to Real Madrid or the EPL title-clincher against Aston Villa on the final day.

Sterling becomes the second long-serving Manchester City player to depart for London this summer after Gabriel Jesus completed a move to Arsenal.

The pair scored 30 goals between them last season.

But Pep Guardiola will be hoping to offset that loss following the signing of Erling Haaland from Borussia Dortmund earlier in the window.

He could soon be followed by Napoli defender Kalidou Koulibaly, who is expected to complete his move to west London soon.