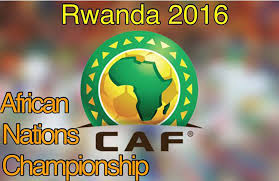 DR Congo and Cote D’Ivoire on Saturday in Kigali advanced to the semi-finals of the ongoing 2016 Championship of African Nations in Rwanda.
But both sides had to wait for more than the regulated 90 minutes as they went into extra time play.
The News Agency of Nigeria reports that in the championship’s first quarter-final match, DR Congo cut short the campaign of hosts, Rwanda, beating them 2-1 after extra time.
Central defender Padou Bompunga headed home the winner as the Congolese eased into the last four for the first time since 2009, ending the hopes of the Amavubi.
The 2009 champions started on a high note, making the intimidating presence of the huge home crowd count for little.
And it did not take long for them to break the deadlock just after 11 minutes.
Doxa Gikanji unleashed a powerful shot at the edge of the penalty area that left Rwanda goalie, Eric Ndayishimiye, with no option for the opener.
The Congolese dominated and Jonathan Bolingi was unlucky not to double the lead when his shot on 20 minutes hit the post with Ndayishimiye again completely beaten.
It was the Leopards all the way until the 37th minute when Rwanda had their best chance at goal.
Innocent Habyarimana, after profiting from a poor clearance from the Congolese rear, shot at goal, but DR Congo goalie, Ley Matampi, responded with a superb save.
The Congolese led by a lone goal at half time but it was the introduction of Dominique Savio for Habyarimana early in the second half that marked the game’s turning point.
Cheered on by the expectant crowd, the Amavubi suddenly found their stripes and it was only a matter of time that the equaliser would come.
It did come on 56 minutes through Ernest Sugira from a Jean Claude Iranzi assist, shooting past Matampi.
The 30,000-capacity stadium erupted into ecstasy following the equaliser and the Amavubi continued to dictate the pace.
On 71 minutes, Sugira missed the opportunity to put the hosts into the lead with a lob over Matampi, which missed target.
The game headed for extra time after both teams failed to find the winner within normal time.
And it was the Congolese who had the last laugh.
Towering defender, Padou Bompunga, settled matters with a header from a cross from the right flank to end the hosts’ campaign.
NAN reports that DR Congo will now face winners of Sunday’s quarter-final clash between Zambia and Guinea in the first semi-finals on Wednesday.
In the day’s other quarter-final, Cote D’Ivoire beat Cameroon 3-0 after extra-time.
The first 90 minutes of the game produced very little in the way of quality football and ended goalless.
But the Ivorians exploded in extra time, with Koffi Boua, Atcho Djobo and Serge N’Guessan scoring the goals for coach Michel Dussuyer’s side.
The Ivorians will now play the winners of Sunday’s clash between Tunisia and Mali in Thursday’s semi-final.
Boua headed in a cross from Krahire Zakri five minutes into extra-time.
The second was also a header.
This time from Djobo as he connected with a corner kick taken by team captain N’Guessan on 102 minutes.
The third goal was a spectacular strike from N’Guessan, who shot from just over the half-way line in the 112th minute, having spotted the goalkeeper off his line.
NAN reports that the championship will end on February 7.
NAN.