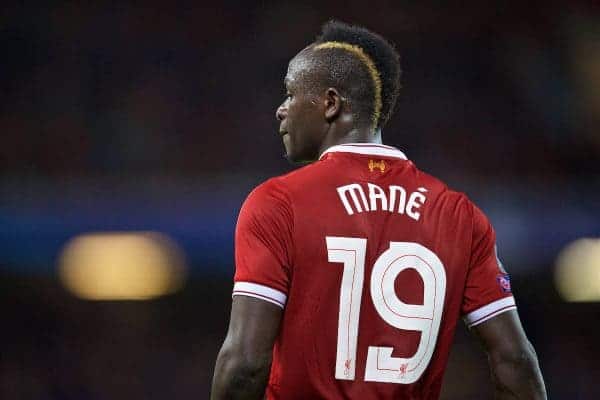 Liverpool returned to winning ways on Thursday with a 3-1 triumph at Tottenham Hotspur to see the English Premier League champions move back into the top four.

It was Liverpool’s first victory in their last five league games after playing four of those fixtures without scoring a goal.

Son Heung-Min looked like he had given Spurs the lead with an early goal, but the video assistant referee took it away for a marginal offside.

However, on the stroke of half-time, Roberto Firmino put Liverpool 1-0 ahead with an unmissable tap in.

Spurs lost striker Harry Kane to injury before the second half, with Trent Alexander-Arnold doubling the visitors’ lead after he followed up the rebound from a Hugo Lloris save.

“What I saw today it’s not about shape or form it’s about who we are,” Liverpool manager Juergen Klopp said, praising his side.

“That was us. Second half especially it was us, it was a massive fight.

“So, all good apart from their goal.”

Denmark’s Pierre-Emile Hojbjerg instantly reduced the deficit as he fired in his first goal for Spurs with a free hit from the edge of the box.

“The second half we had to make changes, we lost Harry, had to change the structure of the team,” explained Mourinho, who revealed Kane had injured both ankles.

“First minute, same mistake, second goal. Good reaction, another mistake and goal. It was a team fighting against its own mistakes.”

Another goal was disallowed by VAR for handball in the build-up to Mohamed Salah’s strike.

But Sadio Mane ensured the third Liverpool goal when he ruthlessly finished off Alexander-Arnold’s cross for a confidence-boosting three points.

Both Liverpool and Spurs were the top two sides in the Premier League when they last met at Anfield in December with Firmino scoring the decider in a 2-1 win.

But six weeks later, they were two teams struggling with form and injuries, scrambling for a top-four position.

There was a lively start to the game as Mane missed a great opportunity to open the scoring and Spurs immediately retaliated to grab what they thought was an early breakthrough.

Kane sent Son on his way to slot a low shot past goalkeeper Alisson but after a check by the VAR, it was ruled that the South Korean was offside by the heel of his boot.

Mane was thwarted three times by Tottenham’s captain goalkeeper Lloris before the Senegal striker switched to provider for Firmino’s opener.

Firmino sprinted through to catch Mane’s low cross to easily convert a goal that ended the Reds’ unusual run of seven-and-a-half  hours without scoring.

With Spurs deflated with the loss of Kane to injury in the second half, Liverpool surged forward and were instantly rewarded.

Alexander-Arnold reacted first as Lloris pushed away Mane’s angled drive and the Frenchman could do nothing when the England international full-back pounced on the opportunity.

The two-goal advantage disappeared in a flash.

Steve Bergwijn picked out Hojbjerg lingering around the perimeter before the Norwegian unleashed a mighty strike that gave Alisson no chance of saving.

There was more VAR controversy when a third goal from Salah was disallowed because of a handball by Firmino as he tussled for the ball with Tottenham’s Eric Dier.

That would not matter in the 64th minute when Alexander-Arnold delivered an inviting pass to the far post where Mane was waiting to punch in the final blow.

Liverpool’s schedule will get tougher in the next month as they will play four of the top seven teams by the end of February.