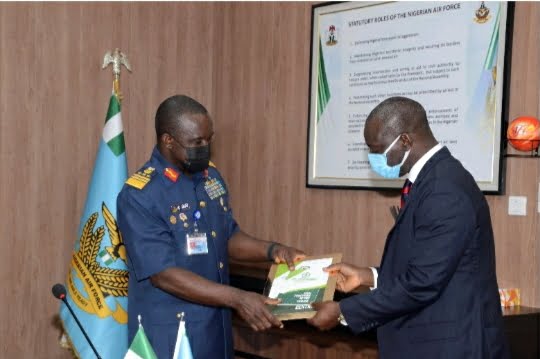 Newly established National Centre for the Control of Small Arms and Light Weapons (NCCSALW), military chiefs, and the Inspector-General of Police have pledged collaboration to combat the illicit proliferation of small arms and light weapons in Nigeria, which many security analysts describe as a major driver of insecurity in the country.

The Chief of Defence Staff, General Lucky Irabor; the Chief of Air staff,  Air Marshal Oladayo Amao; and the IGP,  Alkali Usman expressed their resolve to support the centre expand and deliver on its mandate. 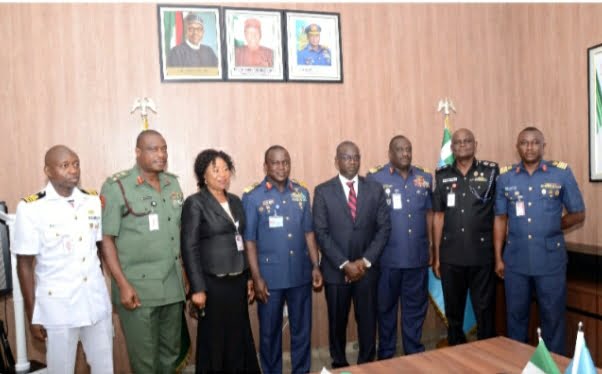 According to a statement signed by the Director, Strategic Communications and Information, NCCSALW, Group Captain Ewejide Akintunde, they have this assurance during separate courtesy visits by the pioneer National Coordinator of NCCSALW, Maj Gen Abba Dikko (retired) to their offices in Abuja.

Dikko pointed out that issues related to firearms have been backed by an act of the National Assembly and the Nigeria Police is the lead agency in its enforcement.

He went further to state that the Centre seeks to galvanize the whole-of-nation support in order to bring on board stakeholders and civil society organizations in line with the guidelines enshrined in the UN and ECOWAS protocols.

The Coordinator disclosed that the NCCSALW will aggregate all weapons and related material that have been mopped up from the society and manage the stockpile leading up to its destruction.

He said the Centre also plans to institutionalize the process of marking all weapons holdings of security agencies and maintain a national database that would help to keep track of all small arms and light weapons in the country to ensure traceability in case the weapons fall into wrong hands.

Dikko revealed that the Center is working assiduously to put in place a structure that would metamorphose into a National Commission while steering the mandate of checkmating and mopping up illicit arms and related materials in the country. 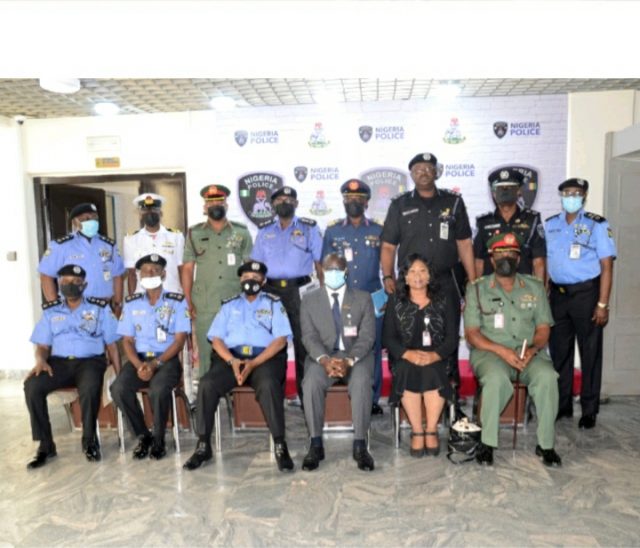 In line with the planned structure of the NCCSALWC, he said the Center is expected to have Zonal Offices in the six geo-political zones and would require the support of military facilities and logistics supports in their locations to effectively carry out its mandates.

He requested that the Center would leverage on the presence of Nigerian Air Force establishments and existing facilities in the various zones for conduct of its activities.

In response, the CDS congratulated the National Coordinator on his appointment and thanked him for the visit. He  reiterated that research and experience reveal that the state of insecurity in the nation is attributable to the illicit proliferation of arms in the society.

The CDS highlighted that the significant reduction of illicit arms flows is a collective responsibility of all stakeholders, therefore, all hands must be on deck in the fight against insecurity in the nation.

The Chief of the Air Staff urged the Center to remain resolute until they attain success in their mission noting that the success of the NCCSALW would equally translate to success of the Armed Forces and other security agencies in the fight against crimes and all forms of criminalities.

On his part, the IGP expressed delight in the opportunity to share the art of crime control and mopping of illicit arms with the Centre.

While pledging to give his full support to the Centre in the areas of intelligence sharing, capacity development and use of instruments of the INTERPOL, the IGP however, expressed concerns on some organizations impersonating the NCCSALW and mimicking the assigned functions of the Centre.

The IGP happily disclosed that the Nigeria Police is on the heels of such organizations impersonating the legally established NCCSALW and would not relent in its efforts to bring them to book.

NCCSALW was established on the order of the President Commander-in-Chief of the Armed Forces of the Federal Republic of Nigeria, President Mohammadu Buhari on 3 May 2021 and the Pioneer National Coordinator, Maj Gen AM Dikko (retd) was appointed 6th May, 2021.

The NCCSALW is domiciled at the Office of the National Security Adviser and was established to take over the duties and responsibilities of the erstwhile ad hoc Presidential Commission on Small Arms and Light Weapons. Regrettably, the commission did not meet the requirements of the ECOWAS Moratorium on Small Arms of which Nigeria is a signatory in streamlining all efforts of eradication of illicit arms in the West African sub-region.

Accordingly, NCCSALW was established on the interim and would later metamorphose into a National Commission with the sole responsibility of eradicating illicit small and light weapons in circulation.