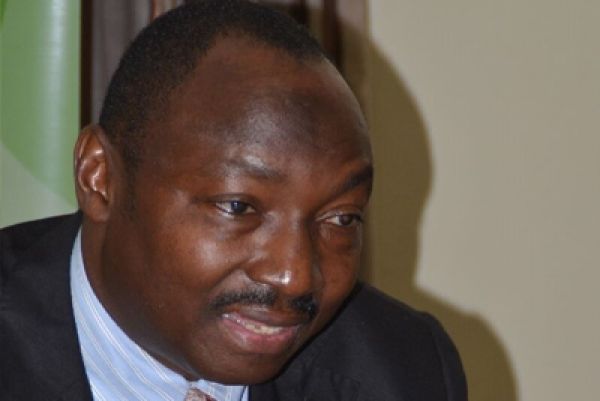 The way and manner both the Nigerian Army and the Nigerian Police Force managed the killing of three policemen attached to the Inspector General of Police Special Intelligence Team by soldiers of the 93 Battalion early this month in Ibi, Taraba State, leaves much to be desired, even as it affected the image of the two security agencies, says Air Commodore Yusuf Anas (retd).
Anas, however, maintained that the delicate situation could have been better managed without resort to media attacks by both agencies.
Anas, who is the Executive Secretary of the Centre for Crisis Communication in Abuja, made this assertion at the opening ceremony of the five-day “Directorate of Army Public Relations Third Quarter Study Period 2019.”
He was a discussant at the event holding at Nigerian Army 1 Division in Kaduna.
A former Spokesperson of the Nigerian Air Force, Anas maintained that if proper coordination and strategic communication mechanism had been deployed by the two security institutions, the incident will not have degenerated badly, hence creating ill-will between the Police and the Army.
He bemoaned the situation when security agencies institutions come out in public and begin to trade blames and scathing counter-accusations over an unfortunate incident, when they are actually supposed to work in synergy and mutual collaboration.
He pointed out that both the Army and Police are critical agencies saddled with the responsibility of providing maximum security for teeming Nigerians and the country itself.
Thus, they should eschew acts that not only smear their institutional reputations, but that of the nation at large.
Speaking on: “Crisis Communication Approaches to Tackling Security Challenges,” a former Director Defence Information, Major General Chris Olukolade, said though the wave of kidnapping, banditry and insurgency among others are threatening Nigeria’s corporate entity, it is heartwarming that several military operations were successfully and are still being launched to quell the spate of violent upheavals across the country.
Maintaining that information flow if not properly managed will undermine national security, General Olukolade noted that Government and organisations must install processes that will guarantee a smooth flow of information through using simple methods to communicate complex security issues, challenges and problems.
He said there is the need for due provision of communication activities to be built into plans for the prevention or handling of crisis situations, adding that lack of preparation to quickly communicate and provide clear explanations for crises often leads to hostile reactions from the public.
Olukolade, who explained that effective information management strategy must be proactive in conception and implementation, posited that easy access to information by the media is germane to the implementation of the information strategies.
Declaring the event open, the Chief of Army Staff, Lieutenant General Tukur Yusuf Buratai, charged the participants to actively listen and fully participate in the study period, saying the essence of organizing the event is to broaden their capacity and enhance their professionalism in the course of duty.
Buratai, who was represented by the General Officer Commanding 1 Division, Major General Faruq Yahaya, assured that key recommendations made by resource persons at the “special” event will be assiduously implemented in line with his vision of building a professionally-responsive NA in the discharge of its core duties.
In a goodwill message, Mallam Mukhtar Sirajo, National President of the Nigerian Institute of Public Relations, stated that initially establishing a relationship with critical stakeholders is the panacea for speedily resolving crises or any emergency situation..
Giving his opening remark, Colonel Sagir Musa, Acting Director Army Public Relations, said hosting the study period, which is a capacity-building programme, is very apt, especially in the light of prevailing security challenges bedevilling the country.
The Army spokesperson expressed belief that the study will immensely strengthen the Nigerian Army PR officers’ capacity in effectively managing information in contemporary warfare or during crisis situations.
Musa thanked the COAS for approving and offering all necessary support towards the successful hosting of the combined “2nd and 3rd Quarter Study Period 2019”.