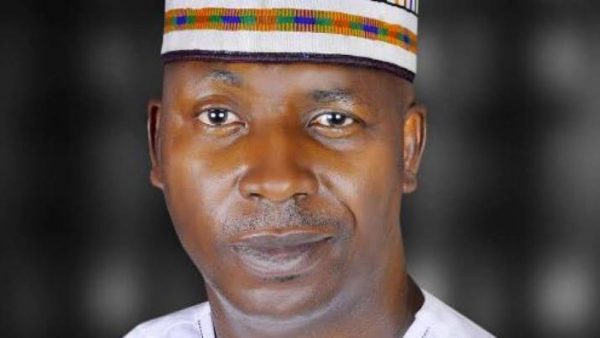 Adedayo Thomas, Executive Director, National Film and Video Censors Board, has advised youths against watching and sharing pornographic, violent and other unwholesome video contents on the internet.
He gave the advice on Monday at a capacity building on film classification and rating for youths in Darazo Local Government Area of Bauchi State.
Over 200 youths, including young filmmakers, were trained by officials of the board as ‘Community Ambassadors’ of the NFVCB against unclassified films and harmful video contents.
According to Thomas, there is urgent need to caution young Nigerians against the moral implications of pornographic and violent motion picture contents, which were largely responsible for the prevalence of moral decadence among youths.
He said that although enabling laws of the Censors Board prohibits pornographic contents, emergence of the internet had made unrestricted access possible, which called for intensive youth education.
He said: “It is no longer news that digital technology has taken over the world, therefore, we must urge our young people to shun materials that are harmful to them.
“This training is borne out of the need for NFVCB, both as an industry regulator, and a decision maker to build the capacity of youths who mostly watch films and video contents.
“As young people, you must shun pornographic and other unhealthy contents that threaten the sustenance of our morals and values as Nigerians.
“We do not want anybody to destroy the future of our children, that is why we are fighting harmful contents and, our action is backed by the laws of Nigeria.”
The Executive Director also called on parents and guardians to ensure they monitor films their children watch.
He added that the trained youths were to serve as ambassadors of the board, who would educate other youths against the menace of unwholesome films.
He said:  “It is difficult for us to have offices in every local government and community, and that is why these empowered youths are now our ambassadors.
“At every point you must be able to condemn a bad film when you see one, and report to any of our offices or officials.”
NAN reports that the young ‘Ambassadors’, especially those in film business, were empowered with startup grants by the NFVCB at the end of the training.
Usman Darazo, the Coordinator of the programme and indigene of the community, expressed delight on behalf of the beneficiaries.
He commended the Censors Board for the initiative, adding that “this training and grants will help these youths to effectively contribute to the economic development of our communities”.
He added: “Some of them produce skits and share on the internet even as majority are on the social media, and this training has positioned them to be well guided in their trades.”