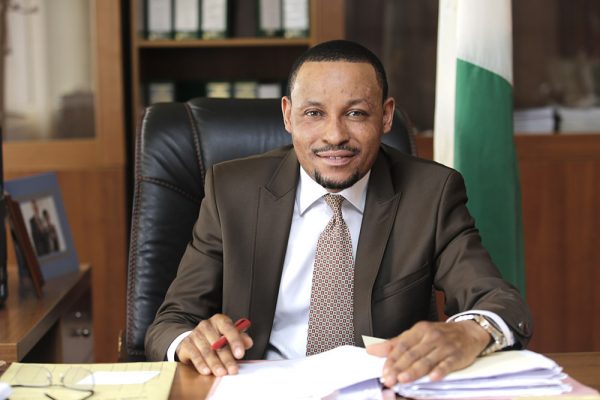 Share
Facebook Twitter LinkedIn Pinterest Email
The Code of Conduct Tribunal CCT has clarified that Justice Danladi Yakubu Umar remains its chairman in the prosecution of public officers who contravene asset declaration laws in the country as mandated by the federal government and the country’s constitution.
The Head of Press and Public Relations of the tribunal, Malam Ibraheem Alhassan, who made the clarification while speaking to PRNigeria in Abuja, said the Chairman, who was in the office on Thursday, has even fixed June 20 and 21, 2018 for trial of Public Officers from Bauchi and Kwara States, who violated various provisions of the Code of Conduct Bureau and Tribunal Act.
Alhassan, who made the clarification following insinuations in the social media, hinted that Justice Danladi had promised that all the forthcoming cases in Kwara and Bauchi State would be treated dispassionately to ensure that justice is done.
The defaulters to be arraigned for prosecution by Code of Conduct Bureau are mostly political appointees and civil servants.
Alhassan urged the general public to disregard the insinuations concerning the status of Justice Umar in the Tribunal, adding that contrary to the social media report, the position of Chairman and members of CCT are guaranteed by the Constitution.
Meanwhile, an Abuja based lawyer, Barrister Yunus Abdulsalam, told PRNigeria that the Code of Conduct Tribunal is established by Section 15(1) of the Fifth Schedule, of the 1999 Constitution of the Federal Republic of Nigeria and that It provides that there shall be established a tribunal to be known as Code of Conduct Tribunal which shall consist of a Chairman and two other persons.
Abdulsalam said: “By virtue of the further provisions in Section 15, the Chairman of the tribunal must be qualified to hold office as a Judge of a superior court in Nigeria. Also the Chairman and other two members are appointed by the President on the recommendation of the National Judicial Council.
“The Chairman’s tenure of office ends when attaining the age of 70 and the Chairman cannot be removed by the President except upon an address supported by two-thirds majority of each House of the National Assembly which means the Senate and House of Representatives praying that he be so removed for inability to discharge the functions of the office.
“In fact Section 17 is very clear on this when it stated that: ‘A person holding the office of Chairman or member of the Code of Conduct Tribunal shall vacate his office when he attains the age of seventy years.
“A person who has held office as Chairman or member of the Code of Conduct Tribunal for a period of not less than ten years shall, if he retires at the age of seventy years, be entitled to pension for life at a rate equivalent to his last annual salary in addition to other retirement benefits to which he may be entitled..
“A person holding the office of Chairman or member of the Code of Conduct Tribunal shall not be removed from office before retiring age except in accordance with the provisions of this Code.
“According to section 18, where the Code of Conduct Tribunal finds a public officer guilty of contravening any of the provisions of the Code of conduct for public officers, such public officer may be directed to vacate the office or seat in any legislative house as the case may be, or, be disqualified from membership of a legislative house and from holding any public office for a period of 10 years or seizure and forfeiture to the State of any property acquired in abuse or corruption of office.
“The penalties are without prejudice to any penalty that may be given by a Court if the offence is of a criminal nature.
“Being a code of conduct for Nigerian public officers, according to the Constitution, the tribunal has jurisdiction over Public Officers at all tiers and arms of government.”
Barrister Yunus Abdulsalam Code of Conduct Tribunal Justice Danladi Yakubu Umar Malam Ibraheem Alhassan
Share. Facebook Twitter Pinterest LinkedIn Tumblr Email