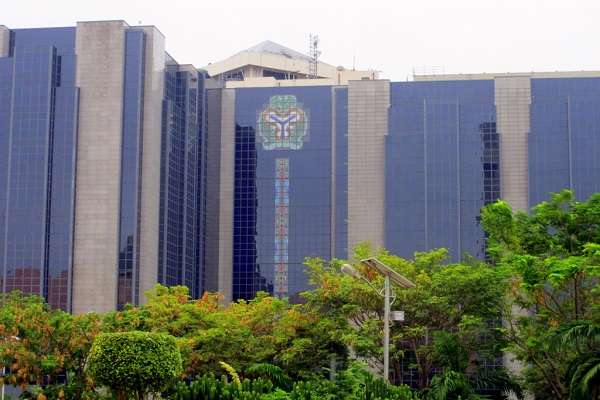 The Kaduna State Government on Tuesday said the first batch of 3,000 youths had been cleared to benefit in the Federal Government’s Accelerated Agricultural Development Scheme.
Yusuf Abdullahi, AADS Desk Officer in the state Ministry of Agriculture and Forestry, disclosed this to the News Agency of Nigeria in Kaduna.
Abdullahi said: “We have received 3,000 clean lists out of 7,000 applications submitted to the Central Bank of Nigeria for screening and Bank Verification Number.”
Abdullahi spoke on the sideline of the State Agriculture Vision Group  monthly meeting, convened by Synergos under the State Partnership for Agriculture.
The SPA sponsored programme was convened for stakeholders in the sector to evaluate efforts towards promoting market linkages across value chains in crops of comparative advantage in the state.
Abdullahi said that 3,000 youths were successful in the first batch from the applications submitted to the CBN and would soon receive inputs worth over N34,000 for each one quarter acre of land.
NAN reports that the scheme, introduced in 2017, is being implemented through collaboration between CBN and the 36 state governments.
The programme aims to promote national food security through sustained agricultural production as well as create employment for some 10,000 youths in each state.
According to the AADS, state governments would provide the land, access road and other needed infrastructure as well as training of the participants.
The Federal Government through the CBN would provide the funds which would serve as soft loan under the scheme.
The Federal Government however, said participants in the AADS must be youths between the ages of 18 and 35 years willing to develop their livelihood in the agriculture sector.
They must provide a functional bank account with a valid BVN and a phone number to qualify.”
NAN reports that Kaduna State Government was selected to participate in Poultry, Rice and Sorghum Value-Chains in the scheme.
Each youth farmer is expected to produce a minimum of 15 bags of either Rice or Sorghum and to pay back the interest-free loan with three bags of the produce at the end of the harvest season.
According to the Desk officer, 27,000 forms had also been distributed for two other programmes targeting youths and women with no age limit in 14 local government areas.
He said: “The 3,000 youth are in the first batch of the 10,000 expected to benefit from the programme as more applications would soon be released.
“Another 5,000 farmers are being screened under a similar programme known as Accountability Responsive Capable Government programme by the state government.
“The programme is meant for youth and women in 14 selected local government areas and is being financed by Kaduna State Diaspora Group in United Kingdom is being supported by UK’s Department for International Development.
“Already, 2,000 farmers are benefiting under the ARCG scheme selected from Igabi, Giwa,Jaba,Sabon Gari,Zango Kataf, Kaura, Kagarko, Soba, Kachia, Chikun, Kajuru Sanga, Makarfi and Lere local government areas in the state.”
He said a total of 80 hectares of land had been provided for the prospective 5,000 farmers in the 14 local government areas.
He explained that scheme would provide inputs and other needs through collaboration with DFID.
He said similar programme by Olam farms would soon take-off and would cover all the 23 local government areas with the same objectives for employment and poverty reduction.
NAN reports that Synergos had convened the meeting of stakeholders to assess how the SPA programme had fared since it begun in 2015 in Kaduna, Benue and Kogi States.
Earlier, Donatus Gede, the SPA Team Leader for Kaduna, Benue and Kogi State, said the intervention programme was informed by the continued post harvest loses, farmers recorded in the three states.
Gede said farmers in the affected states had produced much but also lost so much of their produce due to several factors along the value chain.
He said officials were out to assess how the SPA three year interventions to farmers through Synergos and Technoserve training and sensitisation programmes had impacted on the smallholder farmers, youth and Women within the period.
He said the officials were also interacting with the stakeholders to identify areas of challenges to proffer solutions as the programme was being rounded off.
Gede, who said the three year SPA programme was ending soon, however, tasked the stakeholders on stronger collaboration to enhance production along the Agriculture Value-Chain.
The three-year State Partnership in Agriculture being implemented by the Federal Government since 2015 is expected to round-off at end of 2018.