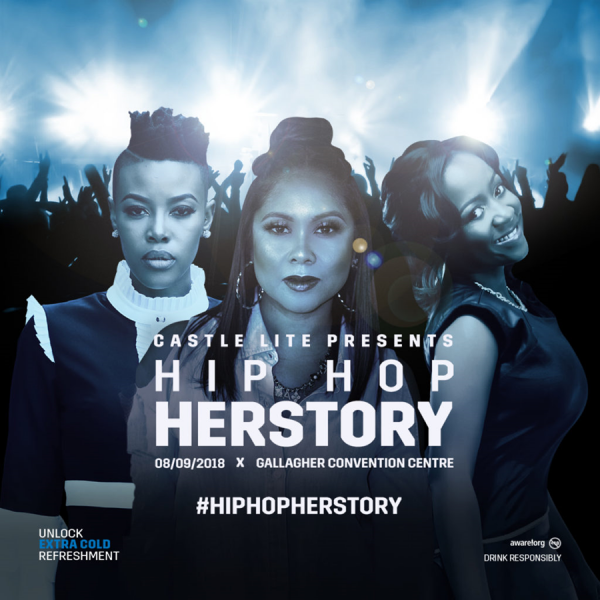 To set the records straight, highlight their contributions and to ensure that the role women have played in the evolution of Hip Hop don’t go unnoticed, Castle Lite is presenting to Nigerians “Castle Lite Hip Hop HerStory concert.
The News Agency of Nigeria reports that the concert is being organised by Castle Lite, brewers of Castle Lite extra cold lager, a clean-drinking and refreshing full strength beer with a light, crisp and dry taste.
Castle Lite Hip Hop HerStory, an all-female Hip-Hop line up in Africa, is a musical experience which highlights and celebrates the role females have played in the evolution of Hip Hop over time.
“The concert will be a fully immersive experience tapping into all pillars of hip-hop from dance, fashion all the way to graffiti and obviously rapping.
“Hip Hop HerStory is more than a concert, it is a movement for all hip hop heads to lend their voice in recognising female rappers and artists who have made an incredible mark in the industry.
“The campaign will allow open discussions across multiple media platforms within the Hip Hop fraternity and tell the story of women in hip hop through their own lens,’’ the company said in a statement on Monday in Lagos.
NAN also report that the concert will be hosted at Gallagher Convention Centre in Midrand, Johannesburg, South Africa, on September 8.
It will feature international female royalty in the guise of Angela Yee of Breakfast Club fame, Queens born rapper Roxanne Shante and Young M.A. of triple platinum hit single “Ooouuu”.
It will see South Africa’s leading lady in hip hop Loot Love co-present with Lee Kasumba of Uganda.
Other hip hop queens who will grace the stage are: boss lady Bragga-Nadia Nakai, Dololo hit maker, Rouge, Award winning Gigi Lamayne, Rapper and television presenter, Moozlie, 2016 SAHHAs Honorary Award recipients, Godessa, Okzharp & Manthe Ribane.
South Africa’s rising hip-hop star, Dope Saint Jude, Award-winning artist and TV personality, Fifi Cooper, Relo of Mzansi’s hip-hop crew, Skwatta Kamp and Ayanda MVP will also feature.
The company said that Castle Lite was working with the SA Hip Hop Awards on an initiative that will see an upcoming female hip hop act partake in a mentorship programme to develop her through the Hip-Hop ranks — part of ticket proceeds will go towards this initiative.
It added that it delved into organizing the concert because the world was changing with more voices demanding equality and better representation of all people in movies, TV, advertising and corporate but the most popular music genre in the world is yet to see this change manifest.
It said Hip Hop had always spoken out against social injustices, oppression and inequality, however, this was not extended to the females who have contributed immensely to the genre.
“The role women have played in the evolution of Hip-Hop seems to go unnoticed and it is Castle Lite’s objective to set the record straight and highlight their contribution at the Castle Lite Hip-Hop HerStory concert.
“Castle Lite has always been at the frontline of raising the African music flag high. HerStory is another testament to the progressive nature of the brand and we will give audiences an extraordinary experience highlighting the role women have played in the evolution of this genre’’ it quoted Becky Opdyke, Castle Lite Director as saying.
Opdyke added: “Tickets have been available at Nutickets in South Africa from Wednesday, August 8, starting from R150.
“If you love Hip Hop, all of it, join these amazing artists at this groundbreaking event.”