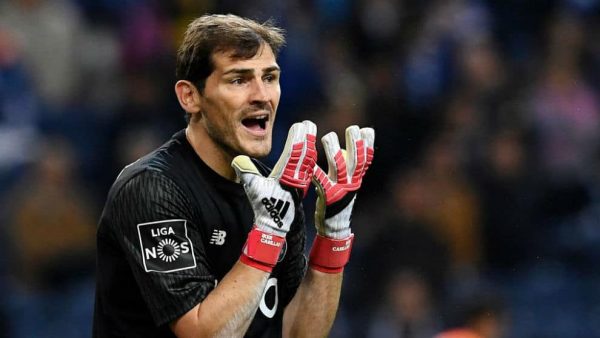 Former Spain goalkeeper Iker Casillas has confirmed he is to run for the presidency of the Spanish Football Federation.
Casillas, who won 167 caps for his country, is to stand against current president Luis Rubiales when the election is held later this year.
The 38-year-old, however, has not played since suffering a heart attack during a training session with current club Porto in May last year.
Via a series of tweets, and running with the hashtag #IkerCasillas2020, he announced his intention to take on Rubiales, who has been in charge since May 2018.
“Yes, I will run for the presidency of the @RFEF when the elections are called,” said Casillas. “Together we will put our federation at the level of the best football in the world.
“I have informed the president of my club, FC Porto, of this decision, to whom I can only express my deepest gratitude.
“We are working with the utmost respect and determination in our candidacy. More than 23,000 voters are waiting for us in a fair and transparent election. 139 assembly members will decide.
“Thank you all for the love I have received. Your support and your strength encourage me. Go for it!”
After making his debut for Real Madrid in 1999, Casillas went on to make more than 700 appearances before joining Porto in 2015.
As captain, he led Spain to victory in the 2010 World Cup and the 2008 and 2012 European Championships.