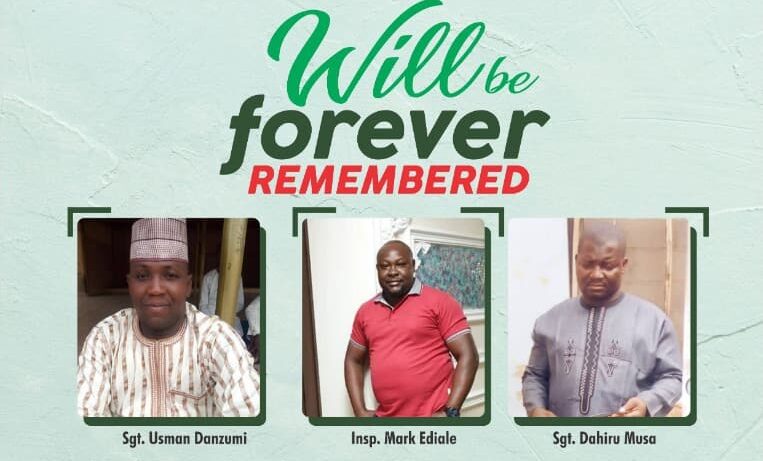 The hierarchy of the Nigerian Army has finally arrested the Captain who ordered the killing of three operatives of the Inspector-General of Police Special Intelligence Response Team and a civilian in Ibi, Taraba State.
The development was disclosed by a top source in the security circle.
According to the source, the Captain was arrested on Saturday by the Army.
The three policemen and a civilian were part of the 10 men that went to Ibi village to arrest an alleged notorious suspected kidnapper, Alhaji Hamisu Wadume, who was said to have made N100 million from a single operation.
Moments after successfully arresting the suspect, the IRT operatives came under a hail of bullets by soldiers at a checkpoint along Ibi-Jalingo Road.
The sudden attack on the bus of the operatives caused their vehicle to somersault.
While other operatives escaped into the bush, those alive were shot on the stomach and chest by the soldiers, who then tagged them kidnappers.
The soldiers then freed Wadume, who had been put in both hands and legs chains.
President Muhammadu Buhari has ordered a thorough probe of the incident.
So also has a special probe panel been set up by the Police and the Army.
Those killed have been identified as Inspector Mark Ediale, Sergeant Usman Danzumi and Sergeant Dahiru Musa.
Their remains had since been taken to Abuja.