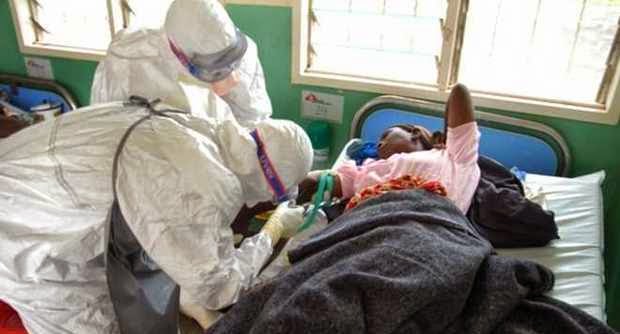 Canada will donate a small quantity of an experimental Ebola vaccine developed in its government lab to the World Health Organisation for use in Africa, the country’s health minister said on Tuesday.
The decision to donate the vaccine came after the WHO said that it was ethical to offer untested drugs to people infected by the virus.
The Canadian government will donate between 800 to 1,000 doses of the vaccine, with the final number given dependent on how much Canada holds back for research and clinical trials. The government will also keep a small supply in case it is needed domestically.
Health Minister Rona Ambrose said she offered the vaccine to Dr. Margaret Chan, director general of the WHO.
The US is also working on a vaccine and the WHO and governments involved were discussing possible use in Africa, Dr. Greg Taylor, deputy chief public health officer of the Public Health Agency of Canada told Reuters in an interview ahead of the Canadian announcement.
Canada only has about 1,500 animal doses of the vaccine, which it invented a few years ago, and would need four to six months to make a large quantity, he said. The government’s vaccine is separate from the treatment being developed by Canada’s Tekmira Pharmaceuticals Corp.
“We see this as a global resource, something we need to put on the global table to say … how can we make best use of this asset? We’re looking to do that as fast as we can,” Taylor said, speaking from Ottawa.
The Ebola outbreak is the world’s largest and deadliest. So far, 1,013 people have died, the vast majority in Guinea, Liberia and Sierra Leone.
On Tuesday, the Economic Community of West African States (ECOWAS) said their official died from Ebola in Nigeria, taking the total number of deaths in the country from the virus to three.
“The ECOWAS (Economic Community of West African States) Commission announces with deep regret the passing of a staff member of its Lagos Liaison Office, Mr Jatto Asihu Abdulqudir, aged 36,” it said in a statement.
“Mr Abdulqudir, a protocol assistant, was among those who assisted the Liberian delegate to a regional meeting Mr Patrick Sawyer, who died from the Ebola Virus Disease at a Lagos hospital on 25th July 2014.”
The official had been quarantined since Mr Sawyer was confirmed as having Ebola.
The Canadian vaccine, which the agency licensed for commercialisation to US firm BioProtection Systems, a unit of NewLink Genetics, has proven effective in animals but has never been tested in humans, Taylor said.
Last week, Iowa-based NewLink said that BioProtection had a contract with the US Department of Defence for studies to bring the Canadian Ebola vaccine closer to human testing.
“We’ve been trying to figure out how we can make a contribution in the fight against this disease and get our vaccine into the clinic,” Brian Wiley, NewLink vice-president of business development, said.
“A large amount of work still needs to be done, but when there is a dire need the powers that be move at a quicker pace.”
Canada’s Mr Taylor did not specify which of several US vaccines in development he was referring to that may be used in Africa along with the Canadian vaccine.
Profectus BioSciences of Tarrytown, New York, has tested its Ebola vaccine in monkeys with good results, its chief science officer John Eldridge said on Tuesday.
Still, deciding whether to use an experimental drug on humans is “very difficult,” Mr Taylor said.
“You really don’t know how safe it is, you don’t know what the side effects are going to be. But in this extraordinary circumstance in Africa right now, we’re trying to do everything we can to assist.”
The first doses in Africa would likely be available to health care workers, Mr Taylor said.
The Public Health Agency of Canada was also involved in the development of ZMapp, an experimental Ebola treatment licensed by US firm Mapp Biopharmaceutical that has been used to treat two infected American aid workers. Liberia said on Tuesday it will get Mapp’s drug to treat two doctors.
Telegraph.