CAN to Buhari: You’ve lost grip on security, call for external help 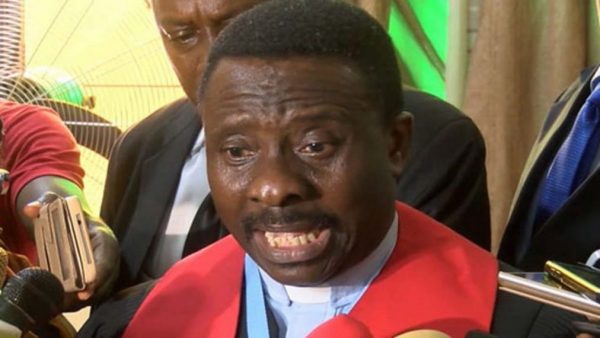 The Christian Association of Nigeria has said President Muhammadu Buhari has failed the country going by his inability to provide security for the citizenry.

The Christians body said this in a statement by its President, Samson Ayokunle, on Tuesday.

The CAN advised the President to approach the international community to come to the aid of Nigeria as they did in Syria before it is too late.

Olasupo accused the government of being lackadaisical in its approach to the rising armed violence against Nigerians, especially in schools, roads and other soft targets.

The apex Christian body spoke against the backdrop of increasing attacks and kidnapping of Nigerians, particularly school children, with reference to the 140 school children that were kidnapped on Monday by bandits at Bethel Baptist High School, Kaduna.

It thus concluded that abduction and kidnap for ransom have become a thriving business hence the urgent need for government to change approach in responding to the increasing crime and general insecurity.

The statement said: “Kidnapping and abduction are now a thriving business in Nigeria and it is almost becoming synonymous with the leadership of President Buhari.

“It is evident that this administration is just paying lip service to the issues of security. Whereas, provision of adequate security for all Nigerians was one of the campaign promises of the president in the 2015/2019 general election and the major reason people voted for him being a former military man. But the administration has failed woefully to keep campaign promise.”

CAN recalled that former President Goodluck Jonathan was severely criticised by those currently in government for his inability to curb the activities of Boko Haram, “but today, we are not only being harassed by Boko Haram and Islamic State of West African Province that recently appointed their own governor for Borno State, we are terribly traumatised by bandits, kidnappers and other criminals.

It said: “Nigeria is no longer a safe haven. It has gradually become a den of kidnappers and other criminals who are operating almost unchecked. It is obvious that the security operatives are overwhelmed.”

CAN thus appealed to the president and his service chiefs to, as a matter of priority, rise to the situation as nobody is to take responsibility in the first instance than them.

It demanded that they improve on intelligence gathering as a matter of priority and provide employment to make recruitment of young Nigerians into criminality unpopular.

CAN warned that the story of the 140 pupils of Bethel Baptist College, Kaduna must not be like that of the Chibok schoolgirls who are still missing “despite plummeted boast and blank promises” by the administration in 2015 to recover them if they win the election.

It challenged the President to ensure a safe return and reunion of the students to their families and others in captivity. In addition to that, summon all the security chiefs and cause them to explain why the criminals are operating with ease in Nigeria without being brought to book.