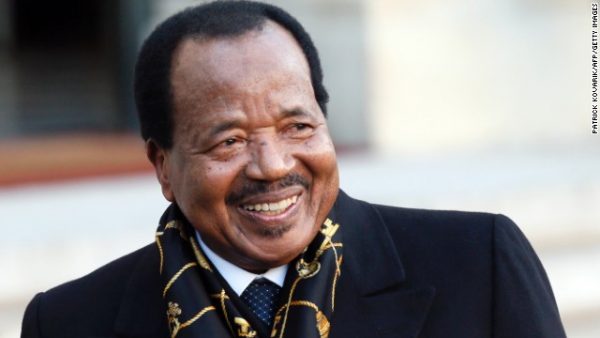 Share
Facebook Twitter LinkedIn Pinterest Email
Cameroon on Thursday denied reports of the killing of 97 Nigerian fishermen by its gendarmes in Bakassi peninsula and maltreating Nigerian refugees in that country.
A three-man delegation dispatched by Cameroonian President Paul Biya stated this in Abuja at a joint briefing at the end of a meeting with the Foreign Affairs Minister, Geoffrey Onyeama.
The leader of the delegation, Cameroonian Minister of Foreign Affairs, Dr. Joseph Ngute, said the delegation was in Nigeria to discuss issues of mutual benefits to both countries.
Ngute said there was no iota of truth in all the reports, adding that Cameroon is a law abiding country and no such thing would ever happen.
On the reported killing of over 97 Nigerians, the minister said nobody was killed, noting that it was a fabrication which appeared in the media and nobody knew its purpose.
Ngute said: “We are here to inform the government of Nigeria that a month ago, we had reports in the media concerning massacre of people in the Bakassi area.
“We sent our administrators and we asked Nigerian Counsel in Bua to accompany them. They went there and realised that not a single person was touched and nobody was injured or killed.”
The minister said that the team came to discuss the situation that afflicted North Western part of Cameroon and North-Eastern part of Nigeria concerning the fight against Boko Haram.
Ngute said that the two countries had been working perfectly in trying to clip the Boko Haram terrorists group and make sure that the evil group was completely alienated.
He also denied the report that his country maltreated Nigerian refugees, saying that they had protested to UN human right commission on the issue.
He said: “You know being a refugee is a very difficult condition. We in Cameroon are very sensitive to the issue.
“If you visit our camp where we have about 60,000 refugees, they are being given the most humane treatment that we in Cameroon can give and can afford along with the UNHCR.
“We were a bit surprised by that report and we take exception to it. We drew the attention of the UNHCR that in Cameroon we have been abiding by the law.”
Ngute also briefed Nigeria on other issues of interest, especially in the English-speaking part of Cameroon, including resolving the industrial action by the trade union in the area.
Onyeama in his remarks, said there was no distrust between the two countries.
He said: “On the contrary, both countries are extremely close, working together very closely and I think sending this delegation by the president himself shows the importance he attaches to that relationship.
“We are also keen that this should trickle down to average Nigerian and Cameroonian. And I think by and large, it does.
“However, we also have to be careful of social media where you can have a very small minority of people generating a narrative that is not in any way reflective of the reality.”
Onyeama noted with pleasure the recent cooperation between both countries in the fight to reclaim territories under Boko Haram in the North East.
He said that Cameroon had been fighting shoulder to shoulder with Nigerian soldiers against Boko Haram.
The minster said Cameroonian intervention in the fight had been very important and decisive.
Post Views: 0
Bakassi Peninsula Camerron Geoffrey Onyeama President Paul Biya
Share. Facebook Twitter Pinterest LinkedIn Tumblr Email