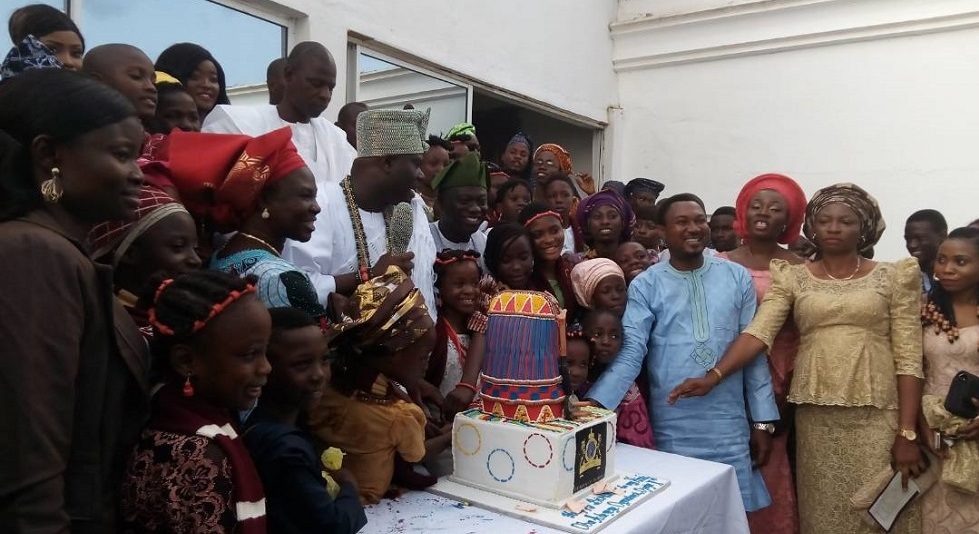 The Children of Africa Leadership and Values Development Initiative, a Non Governmental Organisation, has said it would work with the Ooni of Ife, Oba Adeyeye Enitan Ogunwusi, to curb child abuse in Africa.
The President of the Organisation, Bamidele Salam, disclosed this during the 43rd birthday celebration of the Ooni of Ife, which he celebrated with the children.
During the celebration, Oba Adeyeye was inducted as the Grand Patron of CALDEV because of his contribution to child development.
Speaking on the occasion, Salam, who is a renowned broadcast journalist, said there is a need for a concerted effort to rescue the African child from the several limiting factors affecting his social, cultural and economic development.
He expressed regret that while children from other parts of the world were making waves in inventions and development of the knowledge economy, the African child is still struggling for basic needs such as food, water, clothing and functional education.
He commended Oba Adeyeye for expending his resources on empowering youths through skills acquisition, modern farming and ICT training.
He said the CALDEV will partner with the monarch to reach many more children and youths and ensure that the lost glory of the African people is restored through mentorship and education of the young generation.
There were also poetry recitations, songs, dance and other presentations by children who won various prizes endowed by the monarch.
The occasion featured goodwill messages from a number of organisations, including the Nigerian Youth Parliament, the Brain Builders International, character education experts and representatives of schools.
In his response, Oba Adeyeye promised that he would lead a vanguard of eminent leaders of thought across the African continent to end all practices that are detrimental to the welfare of children and youths.
The traditional ruler described age long practices like female genital mutilation, child labour, child trafficking, child battering and other forms of abuse as inimical to the growth and development of society and promised to join the campaign to raise awareness about the problems and secure both government and private sector support to ending them.
While describing children as the greatest gift of any Nation, the Ooni commended the initiators of CALDEV for taking on character education as part of its mandate, adding that the absence of high values in schools and homes was responsible for most of the social vices in the continent.