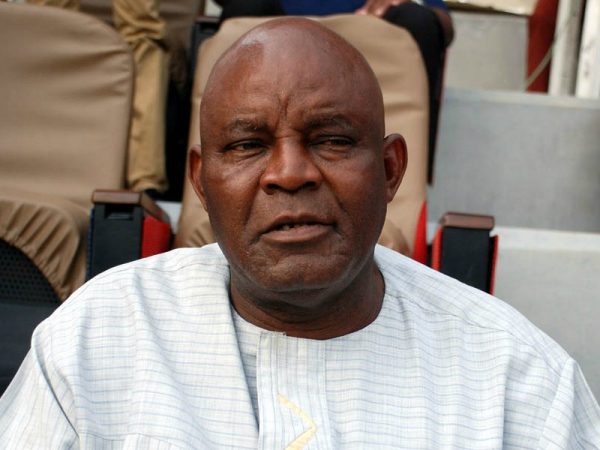 Christian Chukwu, a former Super Eagles Coach and Technical Adviser of Rangers International of Enugu, on Monday said the club would defeat Etoile du Sahel of Tunisia in a return leg of the CAF Confederation Cup.
Chukwu told the News Agency of Nigeria in Abuja that Rangers could spring surprises anytime and anywhere.
He said: “Rangers I know will take their own pound of flesh in Enugu, if the Tunisians come to Enugu.
“We are not unbeatable but we will beat them in Enugu anytime they come.”
The Nigeria Professional Football League giants, Enugu Rangers, lost 1-2 away to Tunisian giants, Etoile Sportive du Sahel, in their third group game of the CAF Confederation Cup played on Sunday.
Rangers played out a 1-1 draw with CS Sfaxien away in Tunisia in their second group game of the CAF Confederation Cup to have four points from their first two games.
They, however, suffered a defeat away in Tunisia which was their first loss at the group stage.
Rangers were unbeaten in their last eight CAF Confederation Cup games before they travelled to face Etoile du Sahel in Tunisia.
The reigning Aiteo Cup champions took the lead in the encounter through Bright Silas as early as the 15th minute to shock their hosts.
Etoile du Sahel equalised through Iheb Msakni in the 35th minute as both sides went to the half time break level.
After constant pressure, Etoile du Sahel found the goal to put them ahead in the encounter when Saddam Ben Aziza beat the Enugu Rangers defence in the 64th minute.

Don’t be afraid!, by Gabriel Agbo