by Hassan Muaz
in Life and Style
2 min read
1

As part of his philanthropic gestures, renowned businessman and philanthropist, Chief Daniel Okeke, has gifted a newly built concrete house to Nwanediya Ikechi, a native of Ututu, who had been living in a grass thatched mud house at Obiakang village in Ututu, Arochukwu Local Government Area of Abia State.

According to the beneficiary, the old and falling grass thatched mud house was leaking and as such exposed her household to bad weather and dangerous reptiles. 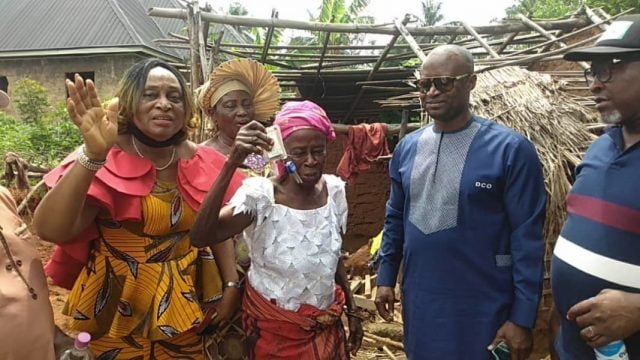 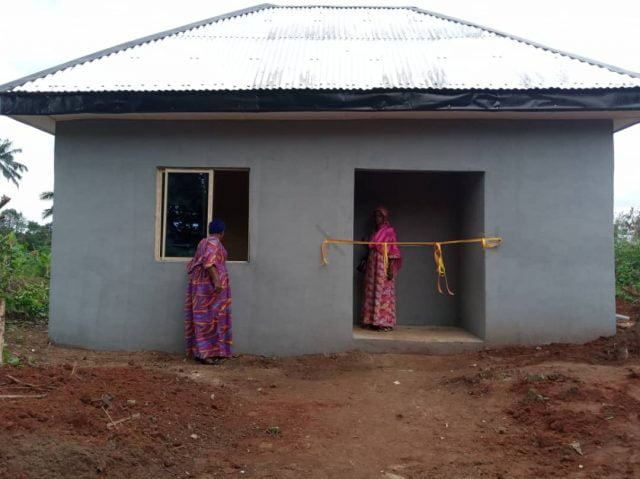 Receiving the keys to her new house from Okeke, who is also the Chairman of Swiss Spirits Hotels and Resort, the elated beneficiary expressed sincere appreciation to the donor.

Ikechi stated that Okeke has demonstrated love to her and Ututu community.

She said: “I was living in a terrible mud hut before I came in contact with Okeke.

“I am not his family member or relative and yet he blessed me with a new house.

“I cannot stop praying for him.

“He will never lack by God’s grace.

“I don’t know what to say honestly.

Okeke, in his short remarks, stated that he was disturbed and devastated when he saw Mama Ikechi living in a leaking and falling grass thatched mud hut.

He said: “The donation of the new house to mama is borne out of my passion for humanity.

“I was not happy when I met her in a poor living condition.

“I am happy that going forward mama will sleep comfortably in a decent house.

“This is the only way we can make life meaningful for all and sundry.

“We must show love to people around us by supporting them financially and emotionally.” 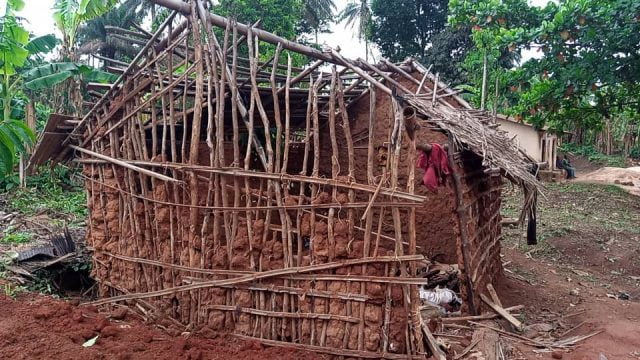 The handing over ceremony was witnessed by the Senate Chief Whip, Dr. Orji Kalu, who was represented by Rev. Jemimah Kalu, and other notable personalities across Abia State.

Okeke had in the past built and donated youth centres, police station and customary court to some communities in Arochukwu LGA of Abia State.

One per cent of Lagos residents vaccinated against COVID-19 — Commissioner

Improved collaboration between FG and state governments the way to go, says Osinbajo

We must all protect democracy — Gbajabiamila