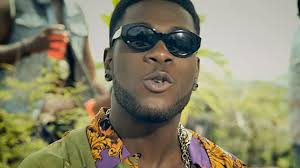 It was learnt that the singer signed a contract with Island Records, a subsidiary of Universal Music Publishing Group, one of the world’s leading music outfits.

The deal between the artiste and the company is an exclusive songwriter agreement.

The Glo Ambassador made the announcement to his fans on Tuesday, claiming he is officially the first contemporary Nigerian artiste to sign the deal with Island Universal.

Burma Boy promised to continue to thrill his fans with good tunes, as he has been doing since he burst into limelight few years ago.

The singer has remained independent since he left his former label, Aristokrat Records.

He is one of the fastest-rising artistes in the country.