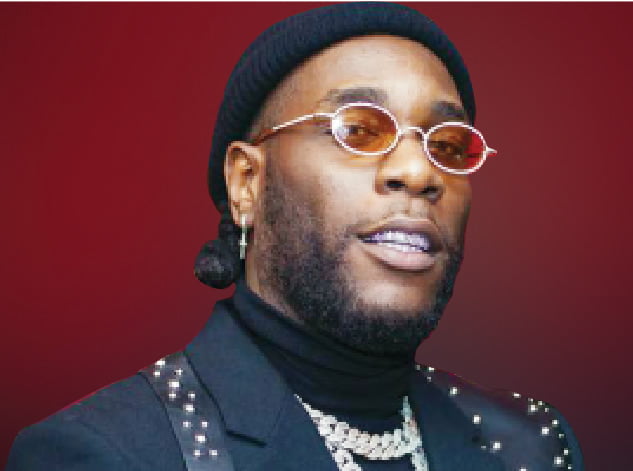 The UK’s first-ever Official Afrobeats Chart Show is celebrating its one year anniversary this Sunday on BBC Radio 1Xtra.

The one-hour weekly show provides destination for the Official Afrobeats Chart with a weekly rundown of the Top 20 biggest tracks.

This is as compiled by the Official Charts Company, based on sales and streams across the UK.

Hosted by British-Congolese presenter, comedian and actor, Eddie Kadi, the show airs on Sundays from 3pm to 4pm on BBC Radio 1Xtra.

Burna Boy is also the artist that has appeared the most times in the UK’s Official Afrobeats Chart over the past 12 months with second and third place taken by Nigerian-born Afrobeats singer Asake and British Afro-swing collective, NSG.

However, the best performing track based on streams and sales in the UK over the past 12 months was Fireboy DML’s Peru featuring Ed Sheeran.

In recent years, Afrobeats has seen a sharp rise in popularity, crossing over into Western music charts and enjoying commercial success globally. Burna Boy and Wizkid, two of Nigeria’s biggest stars, have headlined some of the most high profile music festivals in the world and both took home Grammys in 2021.

American pop stars including Beyonce and Drake have also eagerly tapped into the scene, featuring Afrobeats artists on their albums.

Burna Boy’s Last Last and Fireboy DML’s Peru are among the 11 tracks from the past 12 months that have crossed over from the UK’s Official Afrobeats Chart into the UK’s Official Singles Chart Top 100 and Top 40, peaking at Number 4 and Number 2 respectively.

To mark the one year anniversary, BBC 1Xtra will air a specially extended two hour Official Afrobeats Chart Show with Eddie Kadi this Sunday (September 25) from 3pm to 5pm, and be joined by some of the artists that have made the biggest impact on the charts over the last 12 months.

The UK’s Official Afrobeats Chart Show on BBC Radio 1Xtra is delivered in partnership with the Official Charts Company and Afro Nation.

Eddie Kadi, BBC 1Xtra Official Afrobeats Chart Show Presenter, says: “It has been a phenomenal year for African music and being part of this journey with The Afrobeats Chart is an honour.

“I am looking forward to another year of great music, discovering new artists and most importantly showcasing the impact of this sound and culture through the eyes of the charts!”

Faron McKenzie, Head of BBC Radio 1Xtra, says: Over the past 20 years, 1Xtra has been committed to championing music from Africa and we’re extremely proud to be a part of this global movement, providing a platform to celebrate and showcase the breadth of talent Afrobeats has to offer and to provide the genre with a platform to reach a national audience via its own dedicated weekly chart show.

“To celebrate one year of the UK’s first-ever Official Afrobeats Chart Show is a huge moment for us and for the culture!”

Catch the Official UK Afrobeats Chart Show and Anniversary Special this Sunday 3pm to 5pm on BBC Radio 1Xtra or listen back afterwards on BBC Sounds.