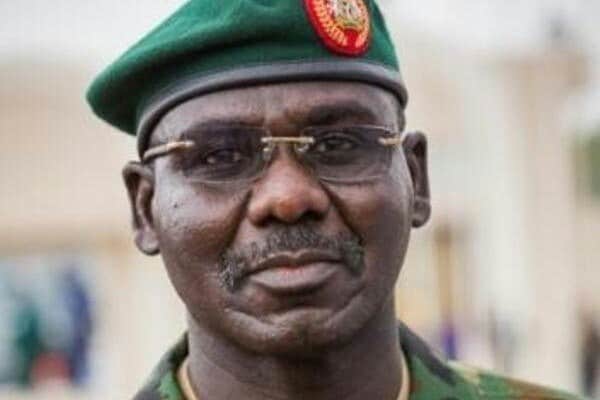 The Chief of Army Staff, Lieutenant General Tukur Buratai, has called on personnel of the Nigerian Army Finance Corps to be prudent in the management of finances in line with extant provisions of financial administration in the public service.

Buratai made the call at the opening of a Two-Day Army Headquarters Training on Auditing and Accounts Rendition for Nigerian Army Finance Corps personnel on Tuesday in Abuja.

He urged the participants to always advice their commanders on prudent use of scarce resources and stick to all the finance and accountability standards as spelt out in relevant financial guidelines for the army.

The army chief stated that the myriads of security challenges confronting the country cut across the entire geopolitical zones, with the North East as the epicentre.

He said the challenges had impacted on lean national resources, adding that it had become imperative to emplace prudent utilisation mechanisms for allocated funds through effective auditing and accounting tools.

He said: “For army personnel in various theatres of operations, it is incumbent on you to continue to evolve robust and cost effective strategies to defeat the remnants of terrorists as well as other criminals across the country.

“In this vein therefore, let me remind all participants to always be guided by my strategic goal for Year 2020, which is to sustain professionalism of the Nigerian Army and responsiveness in discharge of our constitutional responsibilities.

“This training amongst several other efforts is one of the ways of achieving the goal.

“Let me emphasise that all Nigerian Army personnel must deliver on every task and mandate irrespective of their deployments.

“This remains the only way to justify the confidence that Mr. President and indeed Nigerians reposed in the army to secure our nation and engender development and economic prosperity of Nigerians and law abiding citizens and residents in Nigeria.”

Buratai said the training was organised to broaden the knowledge of finance officers and clerks on some salient administrative skills required for prudent management of scarce resources and rendition of accounts.

He added that the training would also create awareness about extant provisions on the administration of finance in the public sector.

According to him: “It is also in view of the anti-corruption drive of the Federal Government as well as dwindling national revenue amongst competing demands on lean resources.

“Drawing from some of the lessons of the various audit exercises, it has become imperative to enhance the knowledge of commanders at all levels and their finance officers on the requirements for standard record keeping, extant laws on public funds administration and Generally Accepted Accounting Principles amongst others.

“This is with a view to minimising or possibly eliminating errors that normally lead to audit queries which sometimes end up at Public Accounts Committee of the National Assembly.”

The Commander, Army Headquarters Garrison, Major General Ayuba Hamman, said the training would improve the capacity and productivity of the personnel of the finance corps.

Hamman said the training would also enhance their professionalism and equip them to contribute their quota to the Nigerian Army in the discharge of its constitutional roles.

According to him, the knowledge gained will also assist commanders in the prudent management of financial resources in their formations and units.

Ihanuwaze said the training was also designed to broaden the intellectual capacity of commanders and finance officers on financial management.

According to him, it is hoped that at the end of the training, participants will be better equipped to handle their unit finances professionally.