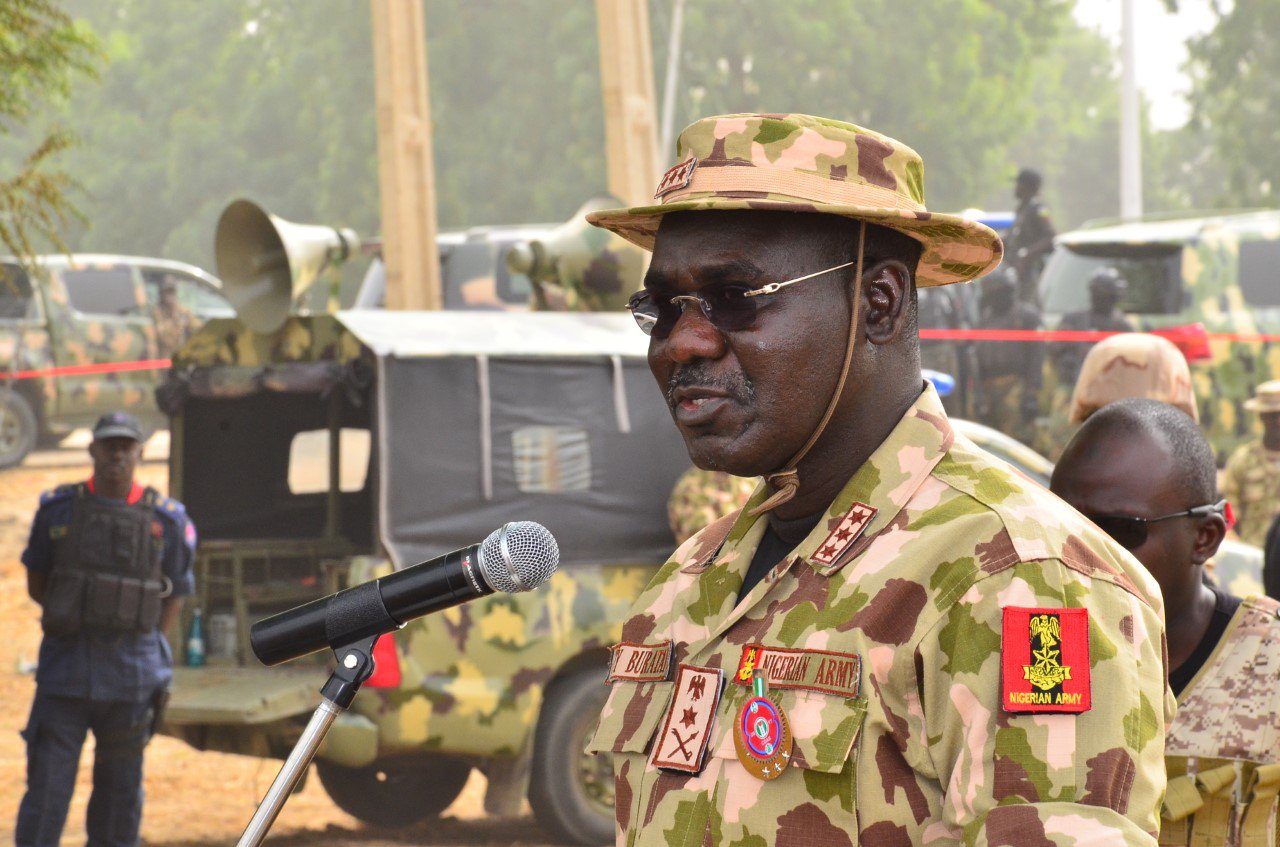 The Chief of Army Staff, Lieutenant General Tukur Buratai, has commended troops of the Nigerian Army for their resilience and bravery against terrorists’ attack on Monguno town, Borno State.

Buratai was quoted to have said this in a statement by the Acting Director of Army Public Relations, Colonel Sagir Musa, in Abuja on Sunday.

He said the troops of the Army Super Camp in Monguno repelled an attack by the terrorists on Saturday and inflicted heavy casualties on them.

The army chief, who urged the troops to remain firm and resolute, expressed joy at the number of equipment captured from the terrorists during the operation.

Buratai charged the Commander, Operation Lafiya Dole to consistently engage in massive offensive patrols to all identified terrorists’ locations in the operational area.

He said: “Let me assure the troops and the people of the North-West region, especially Katsina, Sokoto and Zamfara that I am ready to visit the axis soon.

“We must work together to ensure that the madness of the bandits is properly checked.”

Sagir said the Army would soon make known the equipments recovered from the Boko Haram Terrorists.