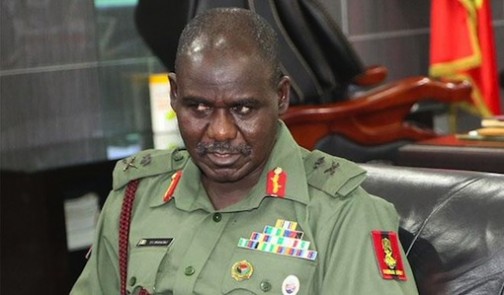 The Chief Of Army Staff, Lieutenant General Tukur Buratai, has charged troops fighting Boko Haram insurgency in the North East to remain committed and be focused toward routing the insurgents.
Buratai gave the charge on Saturday in Jos, Plateau State at the celebration of West African Social Activities by 3 Division of the Nigerian Army, Rukuba, Jos.
The COAS, who was represented by Major General Rojas Nicholas, the Commander of Operation Safe Haven, said such focus was key to winning the war.
The army chief said the military had made significant achievements so far, and expressed optimism that the war would soon be over.
He expressed happiness that WASA was being celebrated after many years, and attributed that to the prolonged fight against insurgency.
Buratai said: “Celebration of WASA is an indication that the fight is almost over; I believe that by next year, when we will be celebrating again, our children, soldiers and husbands would be back.”
Buratai expressed the determination of the Nigerian Army to defend Nigeria’s territorial integrity and ensure peace in all parts of the country.